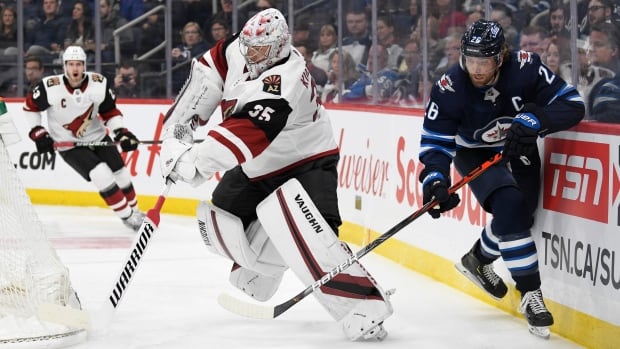 Christian Dvorak scored a pair of goals as the Arizona Coyotes defeated the Jets 4-2 on Tuesday for a rare victory in Winnipeg.

The Coyotes had lost 10 straight games in Winnipeg since the Jets franchise moved from Atlanta in 2011.

Nick Schmaltz had a goal and two assists for Arizona (2-2-1) and Conor Garland also scored. Oliver Ekman-Larsson contributed a pair of assists.

Darcy Kuemper made 38 saves for the Coyotes, who have points in their past three games (2-0-1) after opening the season with a pair of losses.

Mark Scheifele extended his point streak to five games with his team-leading fourth goal of the season for Winnipeg. He also added one assist.