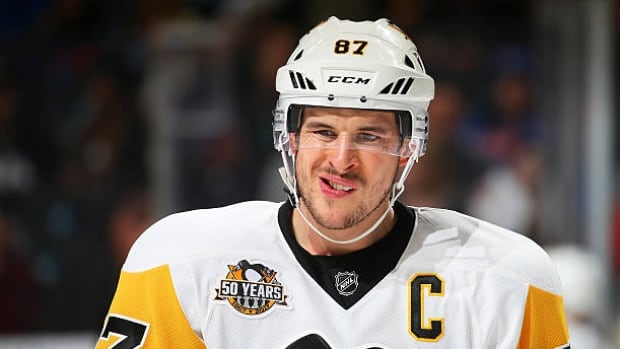 Coach Mike Sullivan declined to get into specifics about Crosby’s injury. Crosby did not miss a shift and played more than 21 minutes during Pittsburgh’s 4-2 loss to New Jersey on Tuesday night.

If the NHL had full injury transparency, panic might be diffused right now. <br><br>What if Sidney Crosby just strained his shoulder or bruised his arm? Instead, it’s the nebulous “upper-body injury” and we all automatically think the worst.

The 31-year-old Crosby is off to an uneven start for the Penguins, with eight goals and 11 assists in 16 games.

Pittsburgh has dropped five of six games overall and is 7-6-3 nearly a quarter of the way into the season. The Penguins host Tampa Bay on Thursday night.