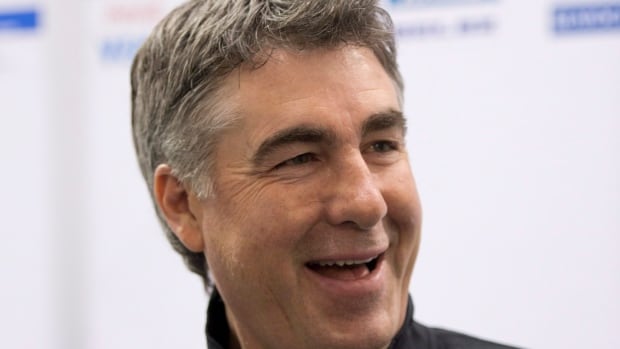 Former NHL coach Dave Tippett is expanding his responsibilities with the group looking to put an expansion team in Seattle.

The former coach of the Arizona Coyotes and Dallas Stars has signed on as senior adviser for Seattle Hockey Partners LLC. Tippett was already working under President and CEO Tod Leiweke on infrastructure projects two-plus years before a franchise could begin play. It’s his first job since mutually parting ways with the Coyotes a year ago and taking last season off.

“You’re always trying to find new challenges in life,” Tippett said by phone Monday, when his new role was first reported by the Seattle Times. “I’ve been fortunate to be a player a long time, I was a coach and manager in the minors and head coach a long time in the NHL. Challenges are exciting. Everybody wants that in their life to do something different sometimes, and this is one of those times for me.”

Seattle is in the middle of the expansion process with the goal of renovating KeyArena and starting up for the 2020-21 season. NHL Commissioner Gary Bettman says the league’s board of governors could vote to approve a 32nd franchise as soon as this fall but has emphasized there is no specific timetable.

Tippett, who turns 57 in August, jumped at this opportunity when approached by Oak View Group CEO Tim Leiweke about the possibility of working for potential owners David Bonderman and Jerry Bruckheimer. His eldest daughter, her husband and Tippett’s three grandchildren live in nearby Bremerton, Washington.

That family connection to the Pacific Northwest helps, even if an office job is different for someone who has coached at some level for more than two decades. He has a hand in helping with renovations, the design of a possible practice facility, the efforts to line up an affiliate in the American Hockey League and the beginnings of what the front office might look like.

“There’s lots of things that go in before you start selecting players,” Tippett said. “Just lots of little things from the hockey side that I’ll be involved in, just helping to try to get the thing up and moving.”

Tippett knew Tim Leiweke during his time as a Los Angeles Kings assistant from 1999-2002. He coached the Stars for six seasons and then the Coyotes for eight, taking each team to the Western Conference final.

While this job so far mirrors the one former NHL forward Murray Craven took with the expansion Vegas Golden Knights, Tippett could assume a bigger role at some point for Seattle and could be in line to be its first coach.

“I’m not going to rule anything out,” Tippett said. “But right now this is intriguing to me. “Very few people get an opportunity to be involved with a group to start a team from the ground up and when that opportunity kind of got put in front of me, it was very exciting. So I’m looking forward to trying to build something that could be a great franchise.”