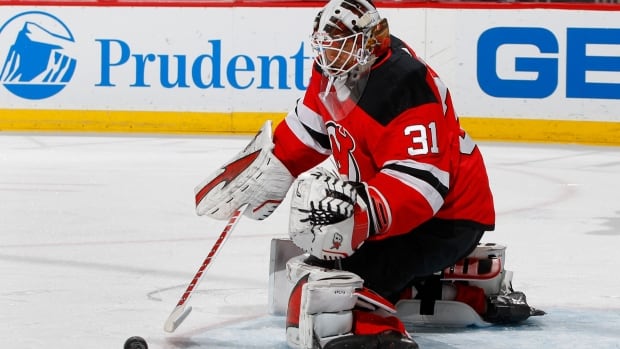 The New Jersey Devils have re-signed backup goaltender Eddie Lack to a one-year, $650,000 US contract.

General manager Ray Shero announced the contract Saturday for Lack, who has played in 144 NHL games for four teams.

The 30-year-old Lack was acquired by New Jersey from Calgary in December 2017 for defenseman Dalton Prout.

He backed up Keith Kincaid when Cory Schneider was hurt. Lack appeared in four games for the Devils, including a 4-3 win against the Tampa Bay Lightning in which he made a career-high 48 saves.

In 16 games with Binghamton of the American Hockey League, he went 6-7-2 with a 2.90 goals-against average.

Lack previously played for the Vancouver Canucks and Carolina Hurricanes.