Unlike many others who have left the Ottawa Senators on sour terms, Dion Phaneuf has nothing but good things to say about the franchise.

The 33-year-old Los Angeles Kings defenceman has fond memories on and off the ice from Canada’s capital. His daughter, Zaphire, was born in Ottawa and the Edmonton native had his deepest playoff run with the Senators when the team reached Game 7 of the Eastern Conference final in 2017.

Phaneuf, who was shipped to the Kings last February, plays his first game in Ottawa since the trade on Saturday when his team faces the Senators.

“I really enjoyed my time here,” Phaneuf said after practice on Friday. “I look at the success, the run that we had. The whole city, how they welcomed me when I got here coming from a pretty big rival in Toronto. When I came to Ottawa, the fans were outstanding and I’ve got real good memories of here. I enjoyed my time.”

Trading Phaneuf — who spent parts of three seasons in Ottawa after being dealt to the Senators by the Maple Leafs — was part of a rebuild that kicked into high gear this off-season as the club shipped out Erik Karlsson and Mike Hoffman. 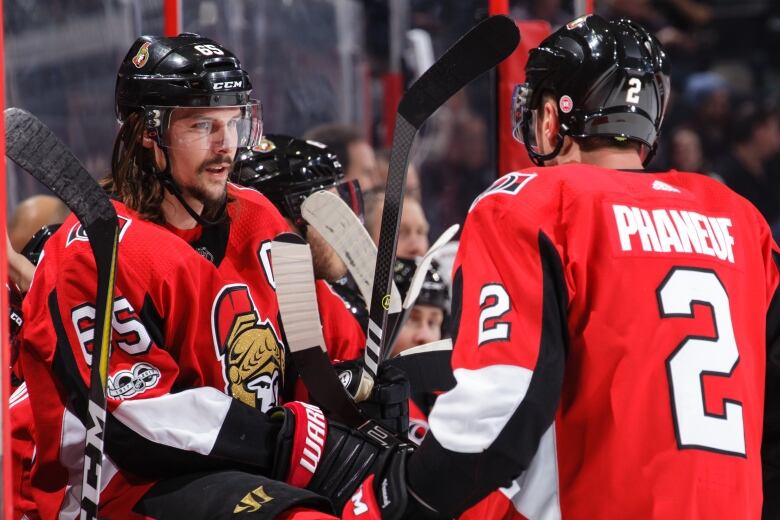 “I had an idea what was going on,” Phaneuf said. “(General manager) Pierre (Dorion) was really good with me through the whole thing and that’s why I wish Ottawa nothing but success. Pierre and the whole organization treated me very well so I wasn’t shocked.”

Phaneuf was an alternate captain for the Senators. He said the playoff run in 2017, when the Senators lost in double overtime of Game 7 of the Eastern Conference final against the Pittsburgh Penguins, was extremely special for all involved.

Phaneuf downplayed the failure the team went through last season with the Senators eventually finishing second last in the league while creating numerous ugly headlines.

“To be honest, year to year there’s ups, there’s downs, but obviously we didn’t play well enough last year and that’s why there were changes made,” Phaneuf said. “It’s a result-oriented business and there’s a lot of different pieces over there now and that’s just part of the business.”

When asked about the issues within the locker-room, specifically between Hoffman and Karlsson, who was a close friend, Phaneuf chose to distance himself.

“I’m part of the Los Angeles Kings and I think that’s in the past for everyone now so I’m not here to talk about any of that,” Phaneuf said.

Phaneuf, drafted ninth overall by the Calgary Flames in 2003, is just 15 games shy of playing his 1,000th in the NHL. He said he has tried not to think too much about the milestone.

“To be honest you don’t want to talk about it until you get there, but I know where I’m at,” Phaneuf said. “It’s something you reflect on. When you hit milestones, you sit back and reflect on what you’ve been through, what you’ve done, how you got there. “It’s definitely special. Really what it says is that you’re closer to the end than the beginning, but for me I feel like I’ve got lots left. I want to continue to play as long as I can. I’m so lucky to do what I do.” 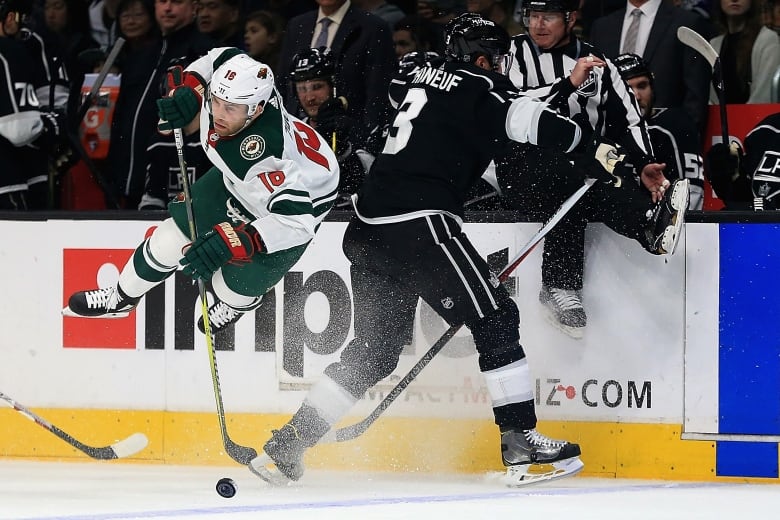 Forward Nate Thompson, also sent to the Kings in the Phaneuf deal, spent just six months with the Senators before being traded. He believes a big part of the problem last season was simply the losing record.

“We were losing hockey games and whenever you’re losing hockey games, it’s tough no matter where you are,” he said. “It doesn’t matter if you’re somewhere where it’s winter or somewhere that it’s hot, if you’re losing games it’s not fun. It was a tough situation and obviously more things went on after I left, but I don’t have anything negative to say about anyone in the organization or any player. I enjoyed my time here even though it was short.”

Phaneuf and Thompson will see a number of new faces in the Senators lineup on Saturday as Ottawa was forced to recall defenceman Christian Jaros and winger Nick Paul from the club’s AHL affiliate in Belleville, Ont.

Senators defenceman Ben Harpur is expected to make his season debut and Craig Anderson will get the start in goal.