Don Cherry is OK with all the inductees in the Hockey Hall of Fame’s Class of 2018 except one, and it’s not Gary Bettman.

Many fans decried the inclusion of the NHL commissioner in the because he’s still active and his legacy is divisive, with three work stoppages since he took power in 1993.

Cherry, however, defended Bettman’s nomination while criticizing the selection committee for picking Alexander Yakushev, who played for the Soviet Union in the 1972 Summit Series.

“I’m a players’ guy and all I think about is that they make a lot more money,” said Cherry, pointing to the fact that the league revenue has risen from US$400 million in 1993 to $5 billion today and taken player salaries along with it. “That’s the name of the game. They make more money. I have no problem with him being in the Hall of Fame. 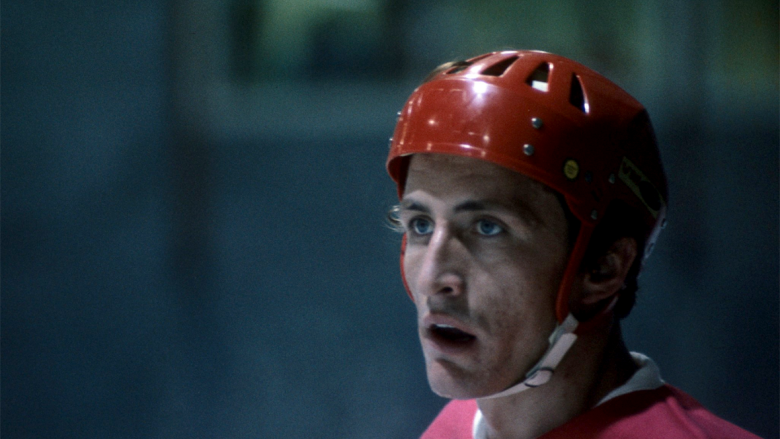 Alexander Yakushev led the Soviet Union with 11 points in the 1972 Summit Series. (Twitter/@PR_NHL)

“I’m no shill and I seem to be at war with the NHL all the time, but I have no problem with (Bettman) being in the Hall of Fame when he makes money for the guys.”

The Hockey Night in Canada commentator singled out Yakushev, saying that it’s laughable that he and Soviet Union teammate Vladislav Tretiak are in the Hall of Fame when Canadian forward Paul Henderson is not. Henderson had seven goals and three assists in the 1972 Summit Series, one point fewer than Yakushev.

It was Henderson’s last goal in the Summit Series that counted the most, though. He scored with 32 seconds left to play in Game 8 to lift Canada to a 4-3-1 series win over the U.S.S.R.

“I am really upset at Yakushev. Absolutely ridiculous that he’s in and Henderson’s not,” said Cherry. “What he did in Russia over there, it was fantastic. To think that they put in the two losers (Yakushev and Tretiak), and they keep out the Canadian winner? I guess that’s a little tough but that’s the way I feel.” 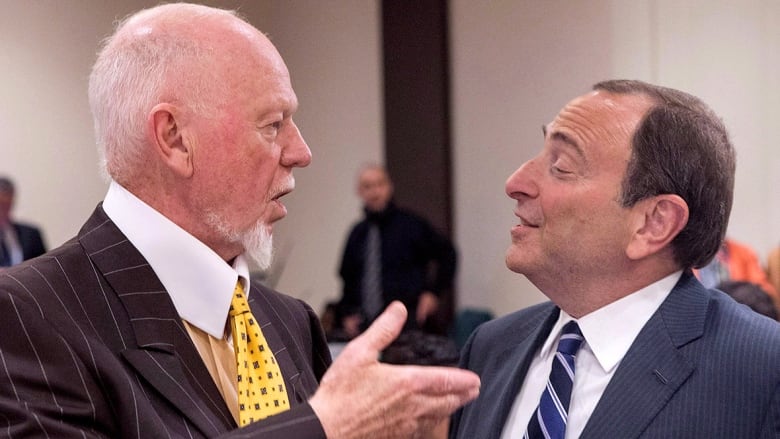 Don Cherry, left, has no problem with Gary Bettman, right, being inducted into the Hockey Hall of Fame– it’s Soviet Union star Alexander Yakushev that he doesn’t agree with. (Chris Young/The Canadian Press)

Henderson had 376 goals and 384 assists in the NHL and World Hockey Association, where he played for five seasons between 1974 and 1979. Henderson was inducted into Canada’s Sports Hall of Fame as a player in 1995 and again in 2005 with the 1972 Summit Series team.

For his part, Henderson is fine with his exclusion from the Hockey Hall of Fame.

“I was a really good hockey player but I don’t think I was a great hockey player,” Henderson told The Canadian Press in September. “I think there’s a bunch of guys that were better hockey players than I that are not in the Hockey Hall of Fame. I’d feel a lot better if all those guys, maybe that had better careers than I — I had a long career of 18 years — were put in.

“So it doesn’t bother me one iota that I don’t have it. I’ve got every other award, the Order of Canada, the Order of Ontario, the Order of Hockey in Canada. So you know, down the road maybe.”

Bettman has been a lightning rod for controversy during his 25 years as NHL commissioner, drawing boos from hockey fans whenever he makes a public appearance. In addition to the three work stoppages during his regime, Bettman has overseen league expansion to markets in the Sun Belt with mixed results. The NHL is also the defendant in an ongoing class action lawsuit where 10 retired players claim the league hasn’t done enough to protect players from head injuries.