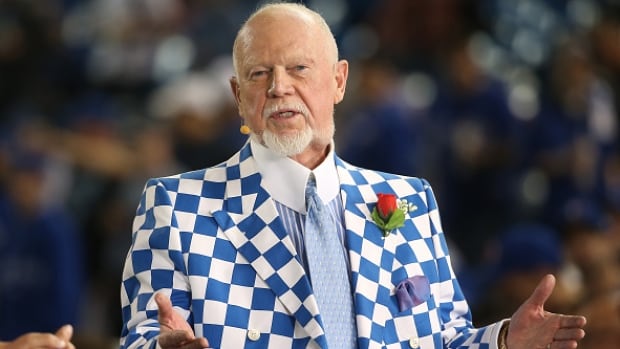 Don Cherry is in the limelight yet again, this time for complaining that he rarely sees people he believes to be new immigrants wearing poppies ahead of Remembrance Day.

The 85-year-old Hockey Night in Canada personality said on Saturday on his weekly Coach’s Corner segment that he’s less frequently seeing people wearing poppies anymore to honour fallen Canadian soldiers, and he singled out those he believes are immigrants in Toronto, prompting a swift online backlash.

Don Cherry sparked online backlash on Saturday night for his comments about immigrants not wanting to wear poppies ahead of Remembrance Day. 0:50

Among the online responses was one from Paula Simons, an independent senator from Alberta.

She wrote that it has not been her experience that new immigrants don’t wear poppies or appreciate the tragedies of war, and further condemned the sentiment behind Cherry’s remarks.

“We don’t honour the sacrifice of those who died in battle by sowing division or distrust,” Simons wrote.

Cherry made his comment prior to running his annual Remembrance Day video montage, where he is seen walking through a military cemetery in France visiting the graves of Canadian soldiers who went to battle in the First World War.

Poppies are sold every year starting on the last Friday in October until Remembrance Day on Nov. 11 by The Royal Canadian Legion to raise money in support of veterans and their families.