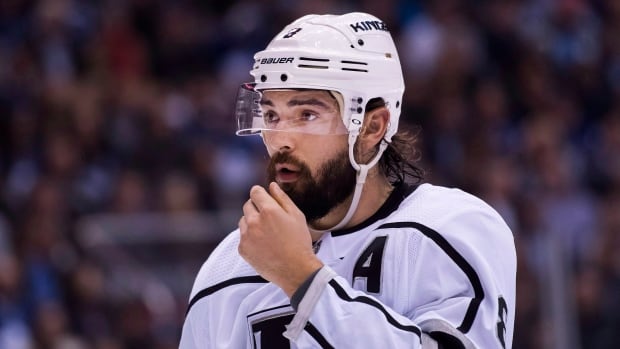 Two-time Stanley Cup champion and 2016 Norris Trophy winner Drew Doughty is pessimistic about the chances of the NHL resuming play this season.

The star Los Angeles Kings defenceman said Monday it’s going to be difficult for hockey to get back this season, even just to hold the playoffs and hand out the Stanley Cup.

“Honestly, I don’t see how the season is going to return,” Doughty said. “I really don’t. We have no idea when this virus is going to be over.”

The 30-year-old known for his frank answers and commentary cast doubt on the validity of a 2020 Cup winner, especially given that there were 189 regular-season games left and not all teams had played the same number of games. Doughty is also concerned about how playing late into the summer might affect next season, which the league has maintained it wants to play in full.

“I know they so badly want to give out the Stanley Cup this year, but in all seriousness it’s not going to be like winning a real Stanley Cup because the [regular] season wasn’t finished,” Doughty said. “There’s teams that couldn’t get in the playoffs. And then I’m assuming they’d have to come up with a different playoff format. I don’t know. It’d be a little different. I’m not a huge fan of it, as much as I want to play. I just don’t want things to go into next season and affecting those [games].”

Doughty, who won the Cup with Los Angeles in 2012 and 2014, said “for sure” his opinion would be different if the Kings were in a different spot in the standings. They were 28th out of 31 teams and eliminated from playoff contention.

But he added that his view on the NHL season was more affected by the state of the world during the coronavirus pandemic than the logistics of holding sporting events.

“Everything just keeps getting delayed even more, like lockdowns and stuff like that,” Doughty said. “People are dying even more every day. So I just don’t see how or when we’re going to be able to make any type of decision to return to the season.”

Everything on the table for Bettman

In an interview Monday on CNN, Commissioner Gary Bettman continued to say the NHL hasn’t ruled anything in or out when it comes to the resumption of play.

“We’re exploring all options, but when we’ll have an opportunity to return depends on things that we have absolutely no control over because it all starts with everybody’s health and well-being,” Bettman said. “Until there’s a sense that people can get together, not just in our arenas but for our players to get together to work out, we don’t know when we can come back, but it’s something we’re monitoring on a daily basis.”