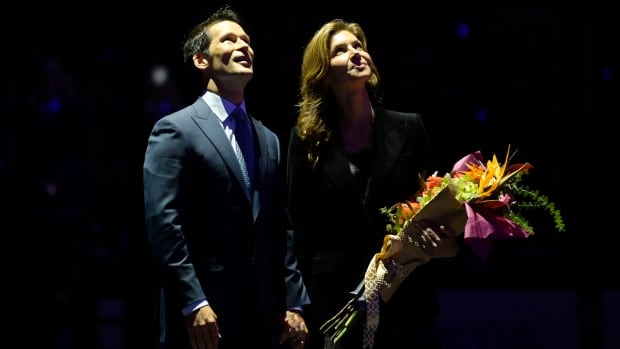 The Anaheim Ducks have raised Paul Kariya’s No. 9 to the Honda Center rafters, honoring the high-scoring forward who became a Hall of Famer.

The Ducks celebrated Kariya on Sunday night before their game against the Buffalo Sabres.

The Anaheim Ducks raised Hockey Hall of Famer Paul Kariya’s number 9 to the rafters before Sunday’s game against the Buffalo Sabres. 1:45

Kariya was the first draft pick in the history of the then-Mighty Ducks, and he spent his first nine NHL seasons in Anaheim. He scored 300 of his 402 career goals with the Ducks and served as their captain for seven seasons.

The emotional event ended with the hanging of Kariya’s banner alongside the No. 8 of Teemu Selanne, Kariya’s longtime linemate and friend.

Those are the only retired numbers in Anaheim’s 25-year franchise history, although the Ducks will retire Scott Niedermayer’s number next year.