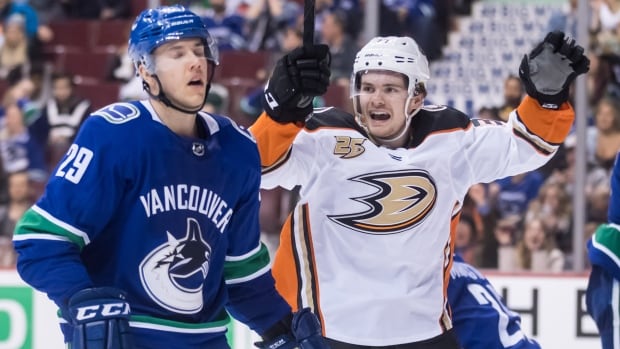 The Canucks clawed their way back from a 5-2 hole late in the third period but couldn’t force overtime and dropped their third game in a row.

Rickard Rakell and Kiefer Sherwood added goals for the Ducks (32-36-10).

Despite the win, the Ducks were eliminated from the playoffs on Tuesday after the Arizona Coyotes beat the Chicago Blackhawks.