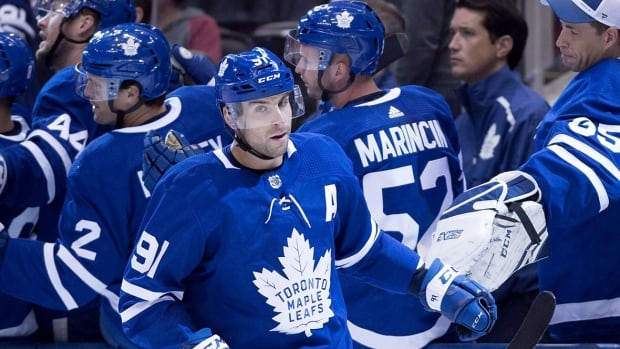 John Tavares and the Toronto Maple Leafs will be Stanley Cup champions, at least according a recent computer simulation.

The 2018-19 season doesn’t get going until Wednesday, but in the video game world, “NHL 19” predicts Toronto will end its 51-year title drought next spring.

The annual simulation by game publisher EA Sports has the Leafs defeating Erik Karlsson and the San Jose Sharks in the final.

“NHL 19” also pegs Tavares, who joined Toronto in free agency this summer after nine seasons with the New York Islanders, to win the Conn Smythe Trophy as the most valuable player in the playoffs.

The simulation has Karlsson, who was recently traded by the Ottawa Senators to San Jose after months of uncertainty about his future, winning his third Norris Trophy as the league’s top defenceman.