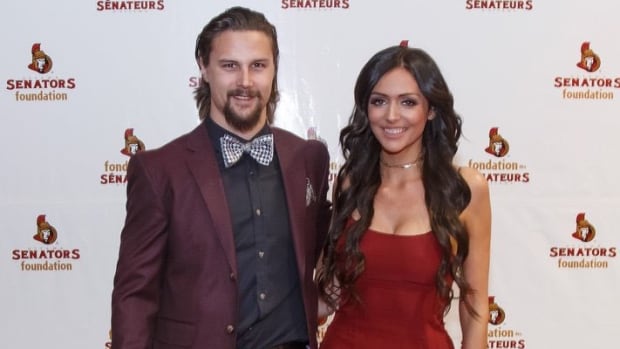 Ottawa Senators captain Erik Karlsson’s wife, Melinda, applied for a peace bond seeking protection from a woman who has allegedly made threats against her and her husband.

Melinda Karlsson applied for a peace bond in an Ottawa court last month asking for an order seeking to prevent Monika Caryk, who is the girlfriend of Senators forward Mike Hoffman, from committing an offence.

According to a statement Melinda Karlsson submitted for the hearing, she feared for her safety. She accused Caryk of wishing her unborn child dead and wishing somebody would “take out” her husband’s legs to “end his career.”

Karlsson also accused Caryk of posting over 1,000 negative and derogatory comments about her.

Melinda Karlsson had been pregnant, but the couple announced in March that they had lost the baby.

None of the allegations in the court document have been proven and the latest records indicate the peace bond application has not been served on Caryk.

“We are investigating this matter in co-operation with the NHL and will take whatever steps are necessary to protect the safety and privacy of our players and their families.”