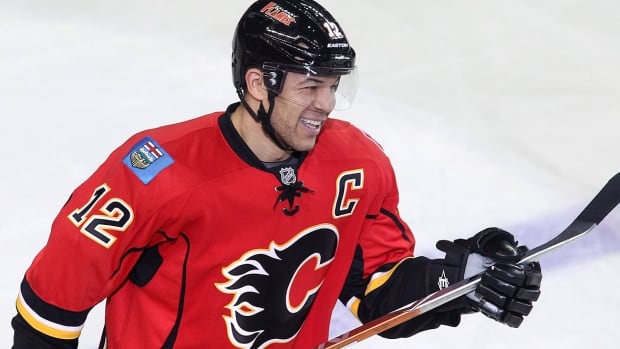 Former Flames star forward Jarome Iginla will announce his retirement from the NHL on Monday at 12:30 p.m. ET at the Saddledome in Calgary.

He also stood out in the post-season, adding 37 goals and 68 points in 81 playoff games.

Iginla last played in the NHL during the 2016-17 season, recording six goals and nine points in 19 starts with the Kings.

“It’s been a fun adventure, for my family and I. Some great cities, great people. To be back in Alberta, though, will feel like home,” Iginla said in a message posted to the Flames’ Twitter account.

The Dallas Stars drafted Iginla 11th overall in 1995 and traded him to Calgary that December along with fellow forward Corey Millen for centre Joe Nieuwendyk.