The general manager of the Lethbridge Hurricanes hockey team says a horrible fire incident, which sent two players and a Western Hockey League alumnus to hospital last Friday, has brought the community closer together.

“Everybody rallies. You can really see the passion and care for the boys and their families. It extends right through,” Peter Anholt told reporters Tuesday afternoon in Lethbridge. “It’s been amazing to see how it galvanizes the hockey community.”

Ryan Vandervlis, 20, Jordy Bellerive, 19, and Matt Alfaro, 21, were sent to hospital just before midnight on Friday when an accelerant was added to an outdoor campfire at the Bearspaw home of another player and WHL alumnus Tyler Wong.

“Anybody who has camped or started a fire with wet wood has used an accelerant,” Anholt said.

Although Bellerive and Alfaro received upper body burns, Anholt said they are recovering nicely in hospital.

Vandervlis, however, remains in critical condition.

Anholt has visited both Bellerive and Alfaro in hospital.

“The first day was tough,” the general manager said. “Their personalities have continued to come out. I was really pleased with what I saw.”

Cochrane RCMP have said alcohol was present at the event but does not appear to have contributed to the incident. The police investigation continues.

“We want to be clear that alcohol was not a factor in this accident,” the Vandervlis family said in a statement released through the team Monday.

“Ryan is in a medically induced coma as he suffered severe burns to his body. He is receiving exceptional medical care in an intensive-care unit in Calgary where he remains in critical condition.”

Anholt said the team has been approached with offers of financial support for Vandervlis, but the family wants to move slowly.

“They would like, and they’ve asked for our help, to give a little bit of a pause and take the emotion out of it,” Anholt said. 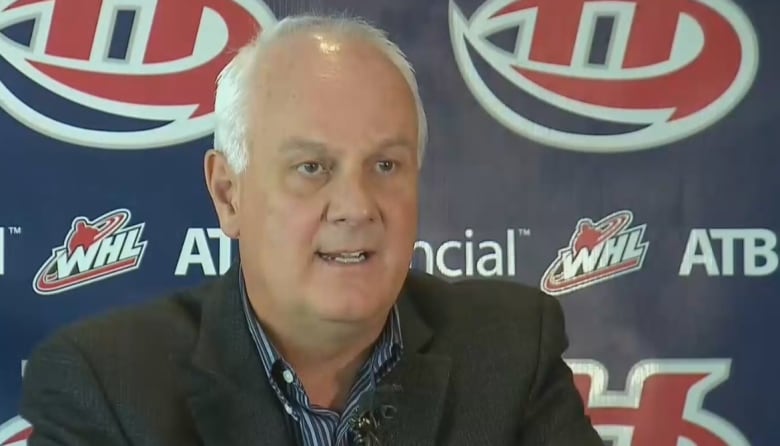 Some media outlets initially reported the gathering was a bachelor party, but Anholt said the Wong family doesn’t like that characterization.

“Tyler Wong is getting married and this happened before the wedding, so I guess you can say whatever you like,” he said.

“We are talking about… awesome kids, men. Good friends, and they were getting prepared to play some golf the next day and go camping. That is what it was.”

Including Wong, it was a group of 10.

Anholt said the team chaplain is available to help.

“Whatever anybody needs. Families, friends, or team, if anyone needs any help.”