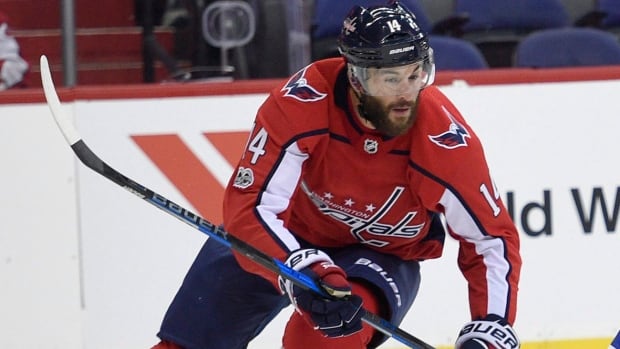 The Calgary Flames signed free-agent winger Anthony Peluso to a one year, two-way contract on Tuesday.

The six-foot-three, 230-pound Toronto native had four goals and 10 assists to go along with 209 penalty minutes in 142 career games with the Winnipeg Jets between 2012 and 2016.

Peluso, who turns 30 next month, suited up twice with the Washington Capitals in 2017-18.

A sixth-round pick of the St. Louis Blues in 2007, he also played 38 games for the Hershey Bears of the American Hockey League last season, registering seven goals, four assists and 34 penalty minutes.