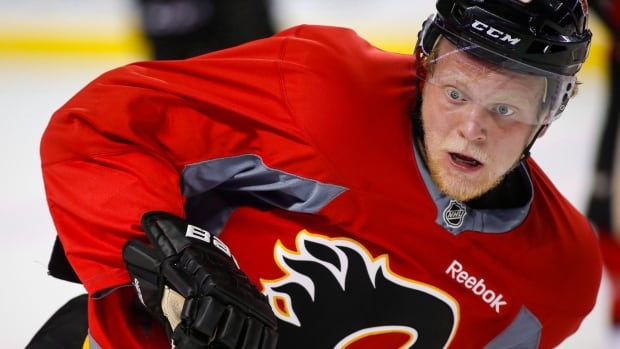 The Calgary Flames have acquired forward Kerby Rychel from the Montreal Canadiens in exchange for left-wing Hunter Shinkaruk.

Rychel, born in Torrance, Calif., and raised in Tecumseh, Ont., was drafted by Columbus in the first round (19th overall) in the 2013 NHL Draft.

The 23-year-old had 18 goals and 24 assists last season in 71 American Hockey League games split between Toronto Marlies and the Laval Rocket. He had a goal and an assist in four games with the Canadiens.

Rychel has three goals and 11 assists in 41 career NHL games with Columbus and Montreal.

Shinkaruk had 17 goals and 15 assists in 63 games with the AHL’s Stockton Heat last season.

The Calgary native, who was also drafted in the first round in 2013 (24th overall), has two goals and two assists in 15 career NHL games with the Vancouver Canucks and the Flames.