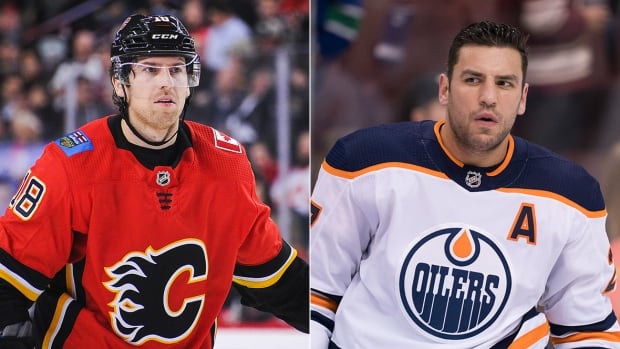 Multiple media reports say the Oilers are retaining some of Lucic’s salary and will include a conditional draft pick.

Lucic had six goals and 14 assists with a minus-9 defensive rating over 79 games with the Oilers last season.

He signed a seven-year, $42-million US contract with Edmonton on July 1, 2016, but hasn’t lived up to that hefty price tag.

Neal had seven goals and 12 assists with a minus-5 rating in 63 games for Calgary last season.

Can confirm deal to send James Neal to Edm for Milan Lucic isn’t done yet, but is close. Oilers would include a conditional draft pick and retain some of Lucic’s salary when its completed

Like Lucic, Neal was a big-name free agent signing for Calgary last summer but didn’t meet expectations after agreeing to a five-year, $28.75 million deal July 2, 2018.

His seven goals last season was the fewest he had scored in his 11 NHL seasons and he was a healthy scratch in Game 5 of the Flames’ opening-round loss to the Colorado Avalanche in this year’s playoffs.

“That was hard,” Neal said a few days after the Flames were eliminated. “I’ve never had to go through that in my career.

“I want to be a top-six guy who is counted on to score big goals and be an impact player. I’ve been like that my whole career.”