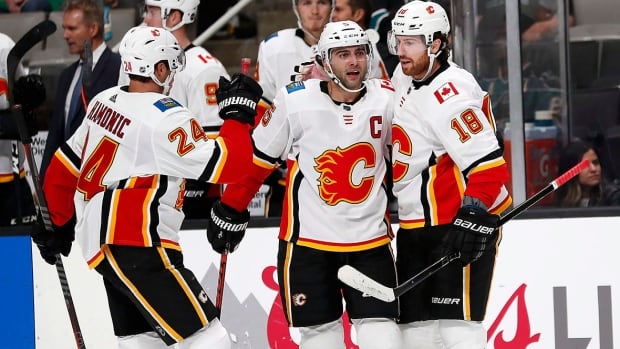 When the calendar flips and a new season arrives the hope for most sports teams is the old, losing ways will be washed away with better days.

That certainly was the case in Calgary with the Flames this season. There was a new head coach in Bill Peters as well as additions to his staff in Geoff Ward, a Stanley Cup winner with the 2010-11 Boston Bruins, and Ryan Huska.

But when many alterations are made to a roster, time often is required for a team to click. That did not seem to be the case for the Flames when they emerged out of the gate with four wins in their first six outings.

However, Calgary then lost three of its next four, including a 9-1 embarrassing defeat at home to Sidney Crosby and the Pittsburgh Penguins two weeks ago.

Making Peters’ life more difficult was the fact that the team he failed to lead to the playoffs in his four seasons as head coach, the Carolina Hurricanes, won four of their first five games. Former Flames forward in Micheal Ferland scored six times in his first nine games for Carolina.

Meanwhile, the loss to Pittsburgh was the worst for the Flames since 2012 and left them dispirited. Peters remarked that he hoped his club had hit rock bottom and that better times were ahead.

“You can sit around and pout about it and let it snowball,” Calgary captain Mark Giordano said,” or you can get to work and rebound.”

The Flames rebounded in a big way. They captured nine out of a possible 10 points in their five games to push themselves into top spot in the Pacific Division. The streak also including 5-3 come-from-behind victory over the Chicago Blackhawks on Saturday night.

They will take a four-game win streak into Anaheim against the Ducks on Wednesday, a good test to keep the good vibrations going, considering Calgary only snapped a 25-game losing streak at the Honda Center a year ago.

“Realistically, training camp should be enough to learn a new system and get used to new teammates,” said Giordano, who is tied for the league-lead with New York Islanders blue-liner Thomas Hickey in plus-minus among defencemen at plus-10. “We know the systems in and out. We spent a lot of time with the coaching staff going over video.”

There are a couple of other teams with new coaches that recently have hit their stride. The New York Rangers, under David Quinn, have won four in a row and Barry Trotz’s New York Islanders have picked off 11 of a possible 12 points.

“It’s now at a point where it’s all about execution,” Giordano added. “It’s on us, the players. What happened with the loss [to Pittsburgh] was a matter of execution and we weren’t working hard.”

The Flames power play also was ineffective, scoring just once in 24 opportunities during a seven-game stretch. The go-to-guy in the middle, Sean Monahan, went eight games without a goal. The power play has been better and Monahan has checked in with four goals and eight points during the four-game win streak and now seems comfortable with his new linemate, Lindholm.

With offensive players like Monahan, Lindholm and Gaudreau, the Flames are never out of games. They proved that with come-from-behind wins in their last three starts.

Calgary has scored a league-leading 28 third period goals in their 15 outings and that has their fans happy the calendar has been flipped and better days appear ahead.