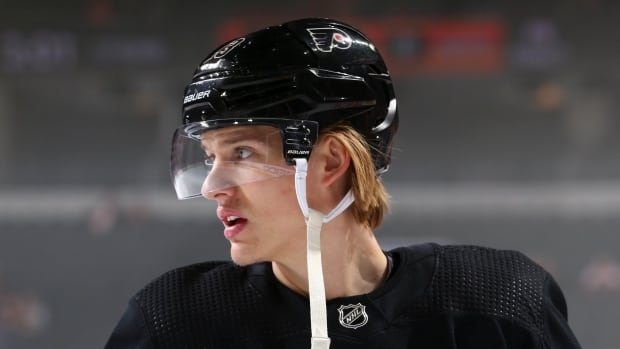 Brent Flahr told The Philadelphia Inquirer that the 23-year-old is progressing in his fight with Ewing’s sarcoma, a form of bone cancer.

Lindblom was diagnosed in December. At the time, the Swede had 11 goals and 18 points in 30 games on the 2019-20 season. He was tied for the team lead in goals with Travis Konecny.

“Oskar’s going through his last treatments coming up here, but everything I’ve been told from Jimmy [McCrossin, the team’s trainer] has been very positive,” Flahr said Monday night. “He feels great, considering the condition he’s in. He’s such a great kid and he’s determined. His focus is to play as soon as possible.”

It is not known when Lindblom will be able to return to the ice.

“For all the stuff this guy has been through, he looks terrific,” Flahr said. “The last time I saw him, he looked good. He had that smile on his face. He’s doing things like cardio to keep up his strength as much as he can.

I think as soon as he gets his last treatments, the worst is over for him.”

Flahr said Lindblom’s doctors have told the young forward “it couldn’t have gone any better for him.”

Lindblom has 30 goals and 57 points in 134 NHL regular-season games over parts of the past three seasons.