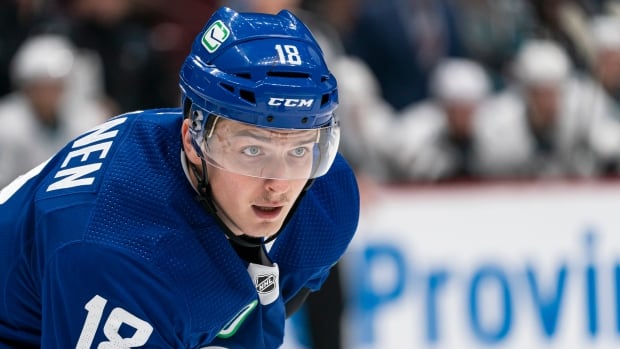 The Vancouver Police Department says Jake Virtanen, a former Vancouver Canucks forward, has been charged with one count of sexual assault following an investigation.

The department says the B.C. Prosecution Service approved the charge following an investigation into an incident that occurred in Vancouver on Sept. 26, 2017.

Virtanen, 25, was playing for the Canucks at the time of the alleged incident.

On May 1, 2021, the team placed Virtanen on leave following allegations of sexual misconduct.

VPD Const. Tania Visintin says the investigation was launched in May 2021 after the victim, who is now 23, came forward to the police.

Virtanen grew up in B.C.’s Fraser Valley and was drafted by the Canucks in 2014. In October 2020, the team signed him to a two-year extension worth $5.1 million US.

Virtanen is currently playing in Russia for Spartak Moscow in the Kontinental Hockey League, where he has scored nine goals and seven assists in 36 games.