We all have a passion, something that drives us. For some of us, that passion lasts for most of our lives. This is the case for Jared Aulin who, since early childhood, had loved hockey, embarking on a path to play professional hockey.

Being a Canadian kid dreaming of an NHL career may not be all that unique, but Aulin’s journey in hockey certainly is.

In 2001, the Los Angeles Kings acquired Jared Aulin on the insistence of two scouts: Garnet “Ace” Bailey and Mark Bavis.

“I got to know them quite well,” said Aulin. “They were following me in my junior career, so I got to chat with them quite often, seeing them at my games and getting to know them as people. Both great guys, both tremendous hockey minds.”

Aulin woke up with the excitement of his first training camp with the Kings. No one, however, much less Aulin, was ready for what they saw when they turned on their TVs on Sept. 11, 2001.

Sadly, Aulin and the Kings soon discovered that the tragedy had rocked the franchise as Bailey and Bavis were on board one of the planes that hit the World Trade Center in New York.

“Then it really struck home,” Aulin quietly reflected. “There’s a point where you feel tremendous sadness and kind of alone because those were the guys that you got to know, who got you there and wanted you there.”

Aulin rebounded, starting 2002-03 in the AHL before being called up by the Kings for 17 games, scoring a pair of goals and assists. But just a few months later, Aulin suffered a devastating shoulder injury, which sidelined him for six months.

“I was pretty upset because I really wanted to get into the lineup that year as a consistent player, be there fulltime and I thought that was my chance,” the Calgary native admitted. “So mentally, that was the hardest part — dealing with that.”

After a few AHL stops, Aulin’s passion had tapered.

Wanting to return to school, Aulin flew back to his hometown in 2007 to enroll at the University of Calgary. 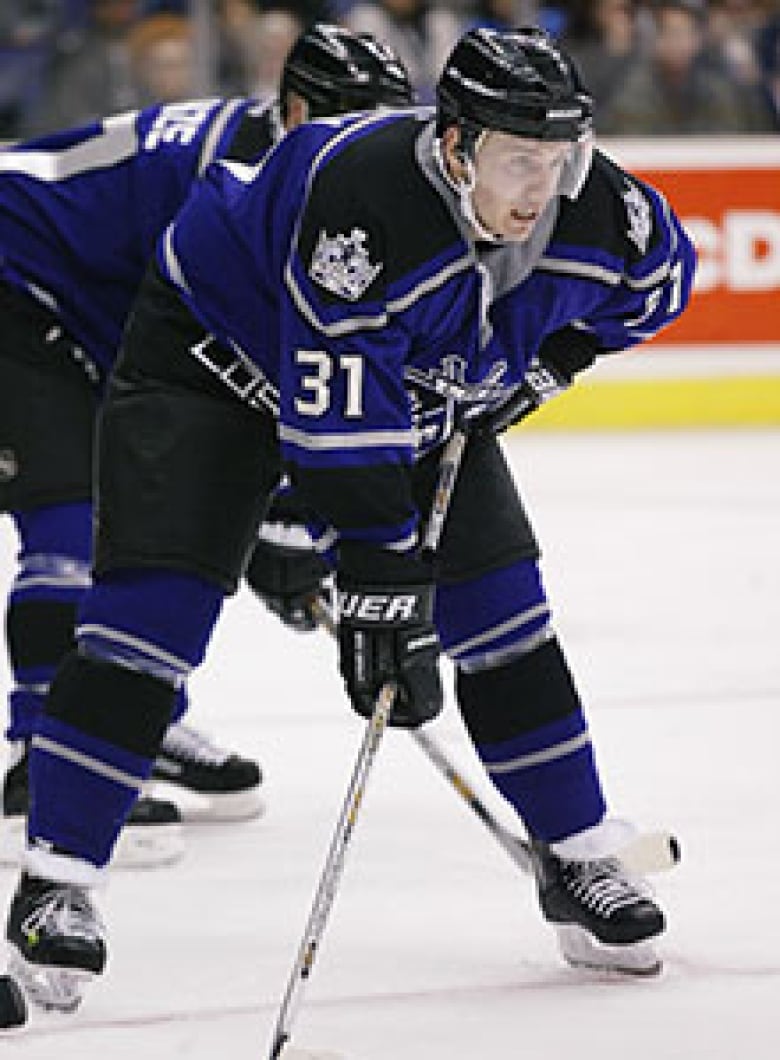 “I really wanted to go back to school, and a good way to go back to school was to play hockey. So, the coach, Scott Atkinson at the time, he went above and beyond for me to make sure that all the legalities were okay and that I would be able to be a part of the team.”

Atkinson reflected on how Aulin’s university career came to fruition.

“He had sort of been around the team in previous years for conditioning purposes and had done that that year as well,” Atkinson said. “It ended up evolving into a situation where he was going to play for us.

“He’s a real positive guy and came in with the idea that he wanted to work hard. He was a great leader and just getting to know him and having him around made everybody better.”

As for Aulin, he was focused on regaining his passion for hockey.

“Once I went back to university, I got an opportunity again. I felt the love of the game again. I really enjoyed my time and I was very fortunate to have that opportunity.” 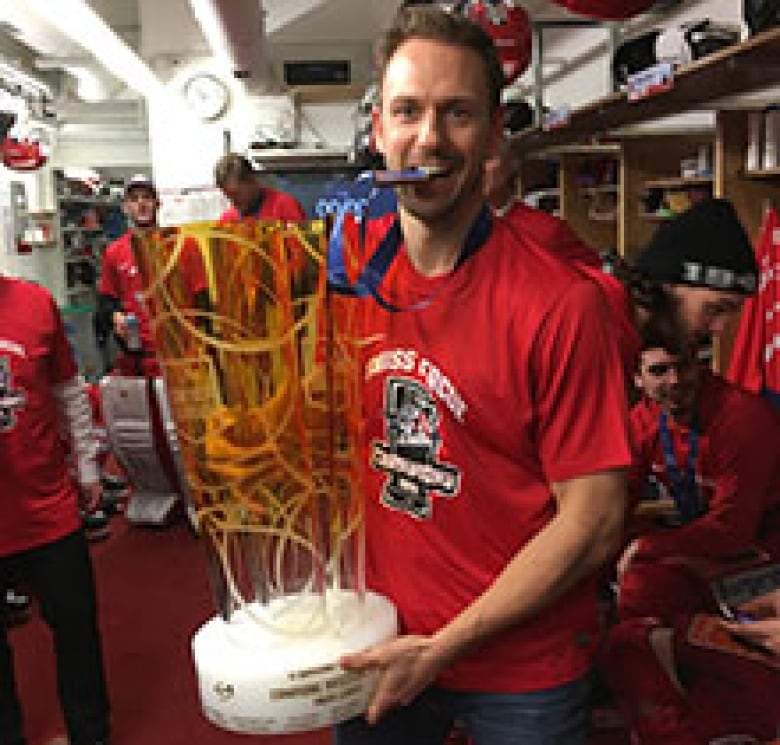 “Over time, I think they fell in love with each other,” Andersson chuckled. “He bonded very well with the fans, he was open-minded to them, he talked to them and showed that players can really spend time with the fans.”

Orebro fans loved Aulin so much that when his mother, Patricia, died of cancer in 2014, they saluted him with a tribute to her.

Following his Orebro HK tenure, which included a championship and a scoring title, Aulin went to Switzerland, winning a championship with the Rapperswil-Jona Lakers. Now 37, Aulin’s still going strong, finishing the season with the Straubing Tigers of the German Hockey League.

Off the ice, he’s enjoying life with his fiance, Jordan, and their dog, Finn, soon returning to their summer home in Kelowna, B.C. Yet while he’s always been a positive person, Aulin is more thankful after overcoming the hardships.

“The biggest thing is to focus on what you can control,” Aulin stressed. “Control your work ethic, control your attitude, control your confidence because a lot of people will try and bring you down, but that only happens if you allow it to.”

Despite his accomplishments, Aulin never had it made. But that never discouraged the former Kamloops Blazer.

Negativity, injury and tragedy all brought him to his knees, but it was hard work, determination and a good attitude that kept Aulin on his feet.