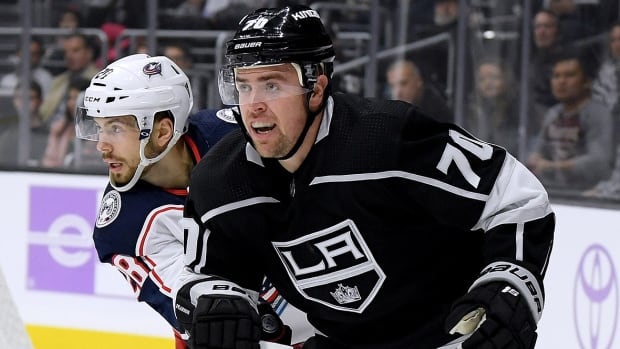 The 30-year-old Hagelin is off to a sluggish start for Pittsburgh this season, with just one goal and two assists in 16 games.
He played a pivotal role in Pittsburgh’s run to consecutive Stanley Cups in 2016 and 2017. His empty-net goal in Game 6 of the 2017 Cup Finals against Nashville assured the Penguins of a second straight title.

Hagelin, who is making $4 million US this season, is scheduled to become a free agent next summer.

The 26-year-old Pearson has one assist in 17 games for Los Angeles this season. He is signed through the 2020-21 season, and his contract carries an average annual value of $3.75 million.