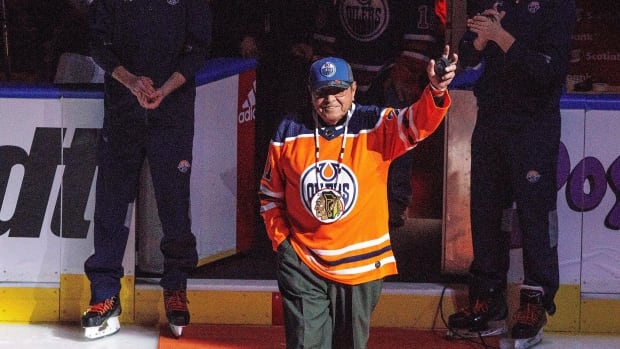 Fred Sasakamoose, one of the first Indigenous athletes to play in the National Hockey League, was hospitalized as a “presumed” positive COVID-19 case.

His condition was first revealed through a Facebook post on his official page Friday. Sasakamoose’s son, Neil, later announced through a video on Facebook Saturday that his father had been admitted to hospital after feeling shortness of breath and wheezing.

Neil and his mother were first told that Sasakamoose tested positive for COVID-19, but were later notified that he was being treated as a “presumed” positive COVID-19 case and is currently in a local hospital’s isolation unit. Neil also said that his father’s caretaker had tested positive for the virus.

A photo of Sasakamoose alongside a nurse was later posted to his page Saturday evening saying that Fred is “fighting”.

Sasakamoose played 11 games with Chicago in the NHL during the 1953-54 season, splitting time with the Moose Jaw Canucks of the Western Canadian Junior Hockey League.