It’s probably the closest thing Edmonton has ever had to a royal wedding.

And the people of Edmonton certainly had their part in making it so, turning out in massive crowds to see Wayne Gretzky, the star of hockey’s Edmonton Oilers, on his wedding day, on July 16, 1988. 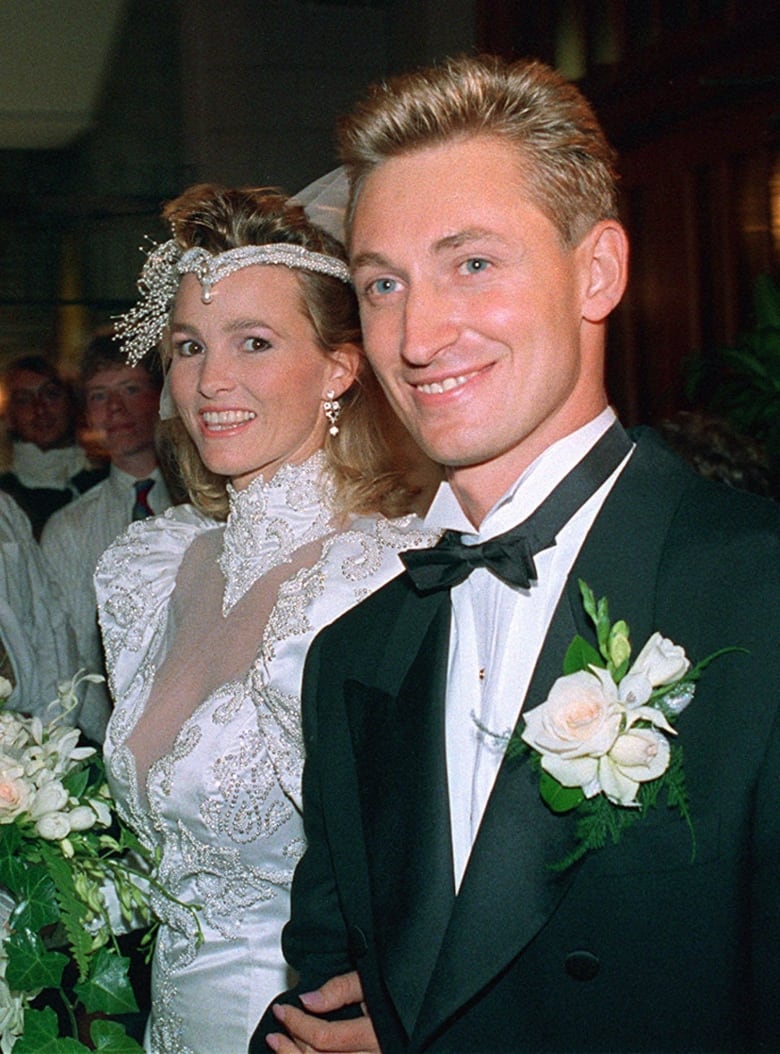 Among the guests were hockey stars Gordie Howe and Paul Coffey, along with actor Alan Thicke, a longtime friend of Gretzky’s.

Well-wishers thronged the streets near the church where the ceremony was performed, and also lined the route to the ceremony. But, as CBC reporter Susan Bonner noted, the couple’s honeymoon plans were being kept tightly under wraps.

Less than a month later, the news broke that Gretzky had been traded to the Los Angeles Kings.