The Ottawa Senators were one shot from playing for the Stanley Cup last May. Next to nothing has gone right since.

On and off the ice, the Senators have been an unmitigated disaster in the wake of their 3-2 double overtime loss to the Pittsburgh Penguins in Game 7 of the 2017 Eastern Conference final.

The team stumbled its way to a forgettable 30th-place finish this season, but that doesn’t even begin to scratch the surface of what has been an epic faceplant.

Apart from the long losing streaks and abysmal performances, the past year has seen a former player lash out, owner Eugene Melnyk threaten to move the franchise on the eve of his showcase outdoor game, the uncertain future of captain Erik Karlsson, a minor fan revolt, and assistant general manager Randy Lee being charged with harassment.

The most popular player in team history, Daniel Alfredsson, was also quoted saying he hopes the Senators are sold to ensure their future in the nation’s capital, the club’s plan for a new downtown arena remains very much up in the in the air, and a baby garment featuring the Senators logo was recalled because of a potential choking hazard.

But things hit a stunning new low this week when it emerged Karlsson’s wife has filed an order of protection against the spouse of one of his teammates, alleging harassment and cyberbullying.

Melinda Karlsson alleges that Monika Caryk, the longtime partner of Senators forward Mike Hoffman, posted hundreds of derogatory online messages aimed at her and her husband. 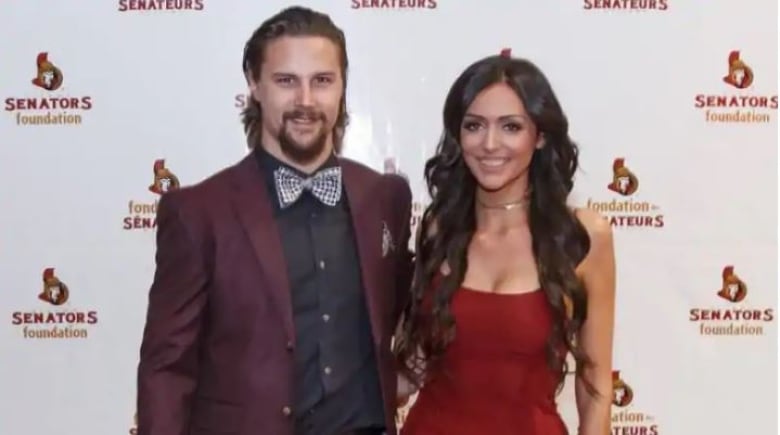 The allegations and the application for a peace bond, which was filed in court on May 4, were first reported by the Ottawa Citizen.

Melinda Karlsson also claimed that Caryk “uttered that she wished I was dead and that someone should ‘take out’ my husband’s legs to ‘end his career.”‘

It’s hard to envision a worse 12-month span for a team.

It’s also important to ask, especially with the NHL draft, free agency and what could be a franchise-altering summer just around the corner, ‘How did the Senators get to this point?’

While the last year has been especially bad — and the grocery list of headlines are by no means all connected — the relationship between Melnyk, who saved the club out of bankruptcy in 2003, and fans has been volatile for some time.

Things weren’t helped when Senators president Cyril Leeder, a member of the organization since 1992, was abruptly fired in January 2017.

Tom Anselmi, the former Maple Leafs Sports & Entertainment executive, took over from Leeder and was tasked with boosting ticket sales and working on the downtown arena project that would see the Senators move from suburban Kanata to Lebreton Flats, just west of Parliament Hill.

But even as the team surged through the playoffs last spring, ticket sales lagged, with empty seats dotting Canadian Tire Centre for several games.

The response was to tarp off the upper portions of the arena this season with an eye toward increasing demand, but attendance dipped further. Anselmi was fired in February.

A few days prior to December’s outdoor game, former Ottawa centre Kyle Turris, who was traded to Nashville in a three-way deal the previous month, told The Canadian Press that Melnyk was the reason he was no longer in the nation’s capital.

“I think management did want to sign me, but I think that the owner didn’t,” Turris said in Vancouver on Dec. 13. “And that was his decision.”

The Senators, not surprisingly, denied the assertion.

Then on the eve of the outdoor game, Melnyk mused that he might have to move the team if ticket sales didn’t improve.

The #MelnykOut hashtag was launched on Twitter the same month, and while the owner eventually backtracked on the relocation talk, some fans decided to vent their frustration by raising money to fund a series of billboards featuring the slogan. 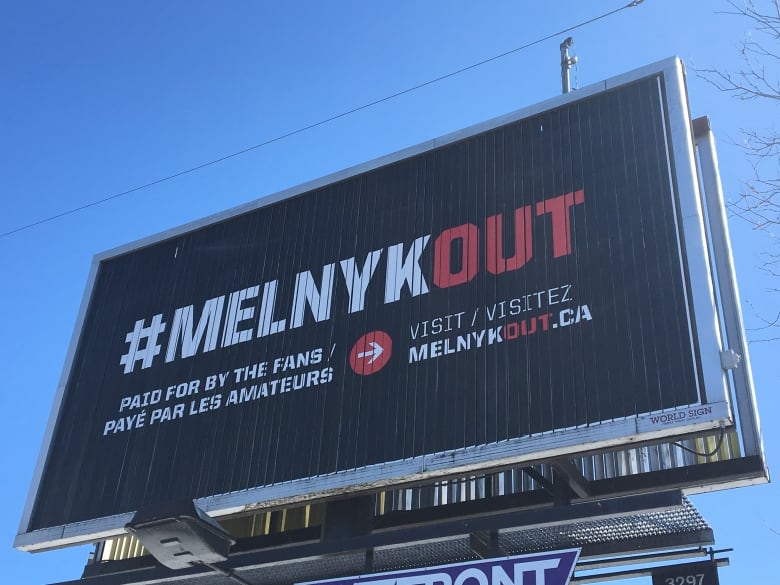 Ottawa Senators fans paid for a billboard to show their frustration for the team’s owner. (Jacques Corriveau/CBC)

Through it all, Karlsson’s future — he can become an unrestricted free agent and walk for nothing in July 2019 — remained a key talking point ahead of February’s trade deadline.

Then tragedy struck in March when the Karlssons announced their son was stillborn.

The Senators pick fourth at next week’s NHL draft in Dallas, an event where they are sure to get a good player, but will also be faced with uncomfortable questions concerning both Lee and the Karlsson-Hoffman story.

Ottawa can offer Karlsson a contract extension when free agency opens July 1, however it remains to be seen if the dollar figure or his general feeling on the direction of the franchise will make him want to stay.

Then there’s Hoffman, who has two years left on his deal, but has been rumoured to be on the trade block since the winter.

This week’s developments seem to point, at least in part, why that was the case, and only further add to speculation neither player be will back when training camp begins next September.