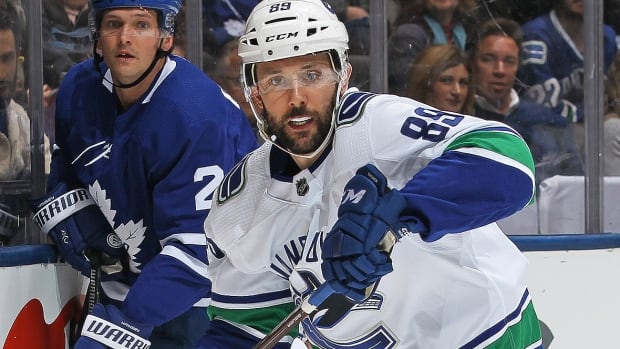 The native of London, Ont., was coming off a career-high 50-point season with Columbus Blue Jackets, but mustered just 10 goals and 21 assists in 2017-18 with the Canucks.

In 770 regular-season games with the Canucks, Blue Jackets, Edmonton Oilers, Arizona Coyotes and Philadelphia Flyers, Gagner has 152 goals and 281 assists.

If he clears waivers, the sixth overall pick by Edmonton at 2007 NHL draft will be assigned to the Utica Comets of the American Hockey League.

The Canucks also announced Monday that forward Darren Archibald has been put on waivers.