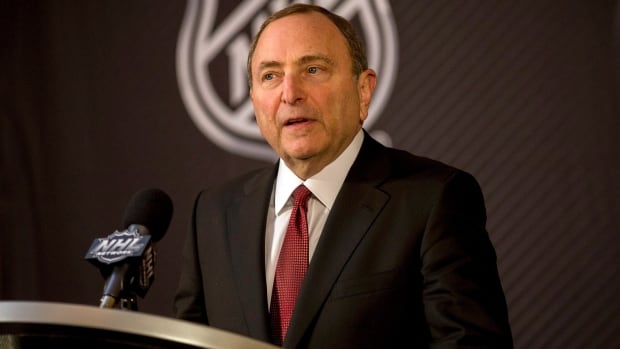 The National Hockey League will be prepared for a post-coronavirus relaunch whenever an opportunity presents itself, commissioner Gary Bettman said on Monday.

The opening round of the playoffs would have been underway this week but like every other North American sport, the NHL has been forced into hibernation since March 12 by the novel coronavirus.

With no live hockey to digest, fans have turned to social media where various scenarios, some vague and far-fetched and others detailed and considered, have been floated and debated.

Bettman conceded during an interview on CNN that many were not realistic but all would be considered.

‘You have to be prepared to relaunch’

“All the leagues are basically focused on the same things,” said Bettman. “There has been a lot of speculation we are going to play in neutral sites like North Dakota and a variety of other places.

“The fact is when you are in the position all of us are in, you have to be prepared to relaunch when the opportunity presents itself, which means you have to not rule out any conceivable alternative and be prepared even if some of them turn out to be not realistic.”

With almost 600,000 coronavirus cases and more than 23,000 deaths reported in the United States by Monday, the idea of cramming close to 20,000 spectators into arenas does not seem realistic at the moment.

When play does resume, it is likely to be in neutral locations or hubs in empty arenas where teams and staff can be isolated, limiting exposure to the coronavirus to both players and the public.

Grand Forks, North Dakota and Saskatoon, Saskatchewan have been floated as possible sites. But even as talk intensifies about the reopening of the U.S. economy, Bettman emphasized the NHL was continuing to consider its options.

One of those options reportedly being considered is a summer finish to the 2019-20 season with the 2020-21 season starting up in November.

“We’re exploring all options but when we will have an opportunity to return depends on things we have absolutely no control over,” said Bettman.

“It all starts with everybody’s health and wellbeing. Until there is a sense that people can get together… we don’t know when we can come back.”