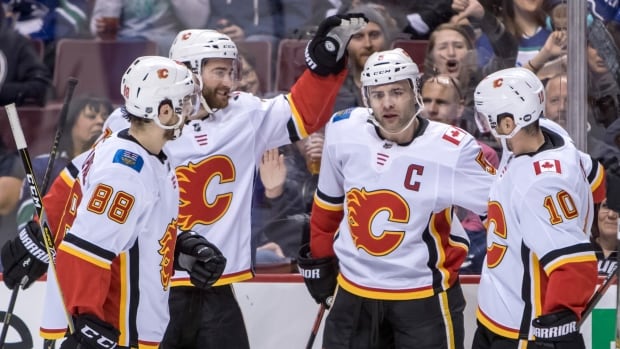 Calgary Flames captain Mark Giordano put up a goal and two assists on Saturday night, helping his team to a 3-1 win over the Vancouver Canucks.

Garnet Hathaway and Andrew Mangiapane also scored for the Flames (47-21-7).

Calgary goalie Mike Smith turned away 27-of-28 shots and Jacob Markstrom had 28 saves for Vancouver.

The loss snapped a three-game win streak for Vancouver. The squad sits six points back of the Colorado Avalanche, who hold the final wild-card spot in the Western Conference.

The Flames were the first team in the West to clinch a playoff spot and remain at the top of the conference standings with 101 points.