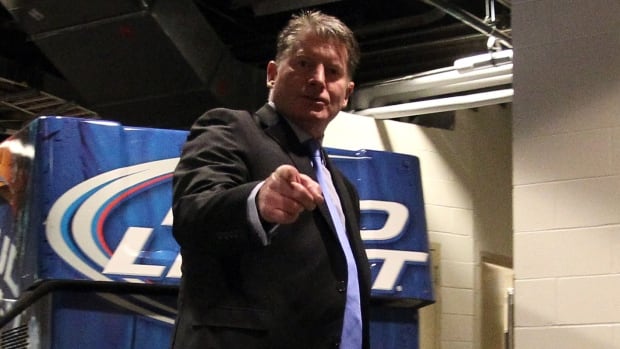 The executive director of the NHL Alumni Association says he’s “all-in” when it comes to finding out if cannabis will be able to one day replace opioid-based painkillers.

Speaking at an event earlier this week, Glenn Healy said he’s spent the last 10 months investigating whether or not marijuana, which became legal in Canada on Oct. 17, can help former players.

But Healy cautioned the alumni association isn’t there yet.

“Science has to prove it first,” said the former goalie. “If science proves it, then I’ll endorse it, but it’s got to be science first. It can’t be me first.

“We need science first, and if we get that first and it helps our players then we move on.”

Painkillers, which can be highly addictive, are often prescribed for nagging injuries that might stretch into retirement, while it’s no secret that some former players have suffered from neurological problems or mental health issues after their careers.

Finding a natural alternative to opioids would be a major step not just in hockey, but across all sports.

“We’re all-in … in lots of different ways,” said Healy, who played in the NHL for 15 seasons.

The former broadcaster declined to say what exactly “all-in” means, but added: “We are diving into this in a huge way.”

“We’ve got a couple neurologists that are working with us,” Healy continued. “It’s not something I’m turning a blind eye to. It’s our players, it’s our life, it’s our families. It’s kids, it’s wives.

Despite marijuana becoming legal in Canada last week, the NHL will continue testing current players for pot. A positive result doesn’t lead to a suspension on its own, but a high amount of the drug found in a player’s system triggers a referral to behavioural health program doctors.

Canada has seven NHL teams, while Colorado, home of the Avalanche, has allowed legal cannabis in the U.S. state for medical and personal use since 2012.

Some active players have already done some research on the potential benefits of pot’s tetrahydrocannabinol (THC) and cannabidiol (CBD) oils.

“If all the boxes are checked there and it’s safe and everything like that, then I think you would maybe hear them out.”

That’s exactly the way Healy feels when it comes to the alumni.

“We are digging all-in,” he said. “If this can help our players then we’ll try to make a difference, but it’s got to be science-based.”