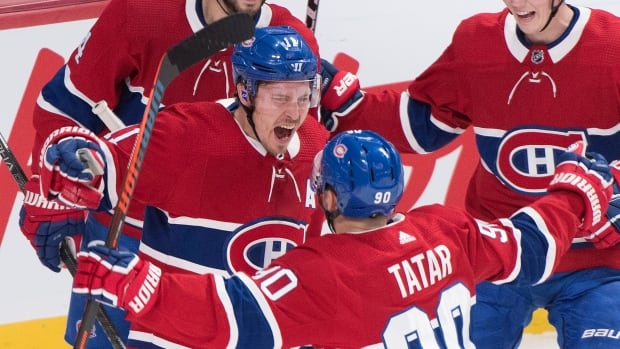 Two breakaway goals by Jonathan Drouin gave the Montreal Canadiens a 5-2 victory over the Toronto Maple Leafs on Saturday night.

Jake Muzzin and Andreas Johnsson scored for the Maple Leafs (6-5-2) in the second game of a back-to-back. Backup Michael Hutchinson made 33 saves on 38 shots in defeat after Frederik Andersen led Toronto to a 4-1 victory over San Jose on Friday.

A second-intermission pep talk must have fired up the Habs because they scored three times in the third period to break a 2-2 deadlock.

Armia scored seven seconds into the frame, off a Leafs face-off win, by poking the puck around a flat-footed Muzzin and beating Hutchinson blocker side for his team-leading sixth of the year.

Drouin made it 4-2 for Montreal on his second breakaway goal of the night at 7:40 off a giveaway by Tyson Barrie at the blue line.