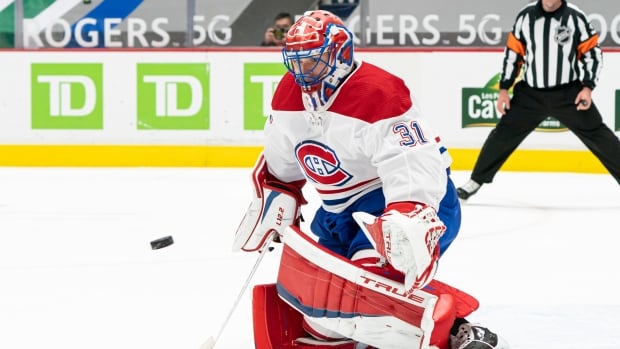 Montreal Canadiens goaltender Carey Price will not make the trip to Toronto for a game against the Maple Leafs on Wednesday, with the club saying he is staying home to get medical treatment.

The Canadiens have recalled goaltender Cayden Primeau from Laval of the American Hockey League. He will join the taxi squad.

Jake Allen and Charlie Lindgren are the other goalies on Montreal’s roster.

Price appeared to be in some discomfort at one point of a 3-2 overtime win against the Edmonton Oilers on Monday in Montreal. But he stayed in.

Montreal interim coach Dominique Ducharme said he was being checked out after the game, adding he did not think it was anything serious.