Coach Claude Julien said the decision was made after the 18-year-old Finnish centre has impressed the team during training camp.

Kotkaniemi won’t lace up his skates for the team’s last pre-season game tonight, however, against the Ottawa Senators.

“He’s played several games since the start of camp and for us, it was important to give him a break tonight and make sure he’s well prepared to start the season on Wednesday,” Julien said.

In a short video message posted on the Habs’ Twitter page, Kotkaniemi welcomed the news he’ll be starting the season in Montreal.

“I’m extremely excited to start [the] season with the Habs. See you guys in the rink,” he said. 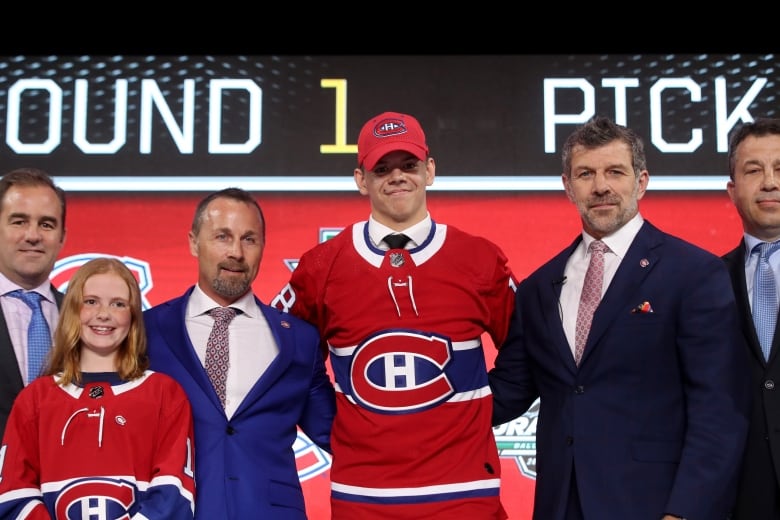 Kotkaniemi was selected third overall by the Montreal Canadiens during the first round of the 2018 NHL Draft. (Bruce Bennett/Getty Images)

Kotkaniemi was selected third overall in this year’s NHL draft.

He missed only one of the team’s first six pre-season games, getting a goal and two assists in five games.

Montreal’s first regular season game is Wednesday, when they will travel to Toronto to take on the Maple Leafs.

With files from La Presse Canadienne