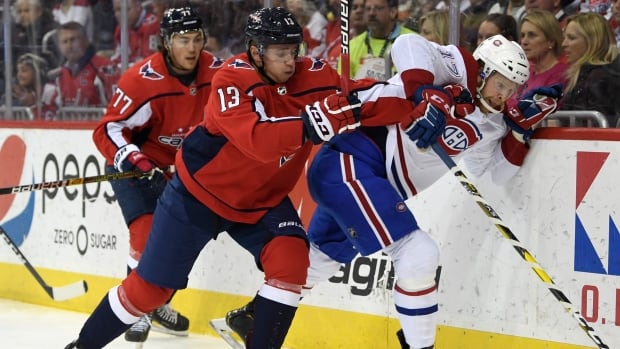 Nic Dowd put Washington ahead for good early in the second period, Braden Holtby made 33 stops and the Capitals clinched the Metropolitan Division title with a 2-1 victory over the Montreal Canadiens on Thursday night.

After clinching their fifth consecutive playoff spot and 11th in 12 seasons last week, the defending Stanley Cup champions enter the post-season having won five of six. They’ve allowed only one goal in three of those victories.

Shea Weber scored for Montreal, which saw its playoff hopes dwindle with a game to go. Despite beating other division leaders in their last two games, the Canadiens entered Thursday even behind Columbus for the second and final wild card due to the regulation/overtime wins tiebreaker.

Even on points, the Blue Jackets now have a game in hand, while the Carolina Hurricanes clinched at least the top wild card with their win over New Jersey.

Carey Price made 29 stops in the loss.

The Capitals’ two goals resulted directly from turnovers by the Canadiens.

Eller opened the scoring late in the first from from directly in front of net, after Carl Hagelin won the puck deep off a Canadiens player behind the goal line and fed Brett Connolly, who provided the final pass.

Weber tied it on the power play less than a minute later, but the Dowd put the Caps in front again less than three minutes after the first intermission, this time after Andre Burakovsky forced a turnover.