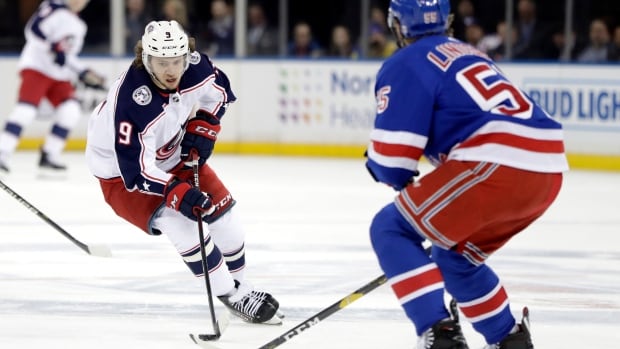 The Montreal Canadiens have been eliminated from the NHL playoff race.

The Canadiens’ post-season chances were snuffed out Friday night when the Columbus Blue Jackets locked up the second Eastern Conference wild-card spot with a 3-2 shootout win over the New York Rangers at Madison Square Garden.

The result moved Columbus to 96 points, two ahead of Montreal, with one game still to play for both teams on Saturday. While Montreal could still finish the season even on points with Columbus, the Blue Jackets own the tiebreaker. Columbus has 44 regulation or overtime wins, while Montreal has just 41 heading into Saturday’s season finale against visiting Toronto.

While the Canadiens will regret missteps in their playoff push, especially a devastating 6-2 loss to Columbus last week, they will have momentum moving into next season after defying their modest expectations at the start of the 2018-19 campaign. The Canadiens will finish at least 23 points better than their disappointing 2017-18 season.

Three of the seven Canadian teams qualified for the playoffs this season. Calgary will finish with the top seed in the Western Conference, while Winnipeg and Toronto are also in.

Montreal joins Edmonton, Vancouver and Ottawa as the Canadian teams missing out. The Oilers, Canadiens and Senators failed to reach the playoffs for a second straight season, while the Canucks’ playoff drought has been extended to four seasons.