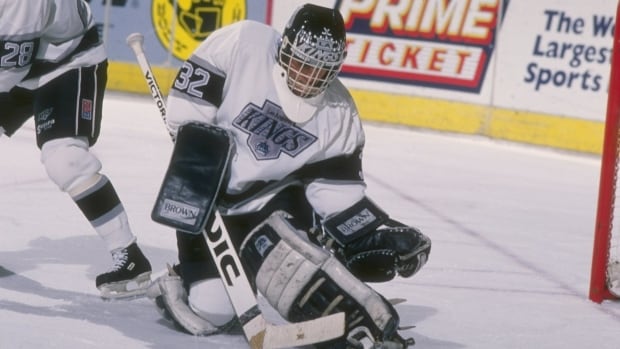 The elegant, seemingly effortless rushes. His superior skill and vision. And of course, that horizontal mid-air celebration after scoring the Stanley Cup-clinching goal for the Boston Bruins in 1970.

One thing Chiarot had never done before the COVID-19 pandemic ground much of the world to a halt was sit down to watch one of the Hall of Fame defenceman’s games start to finish.

With broadcasters scrambling to fill television schedules minus live sports — the NHL, like most other leagues and tours, was forced to suspend its season March 12 — the Montreal Canadiens blue-liner recently had that chance.

And being awe-struck by one of hockey’s all-time greats wasn’t Chiarot’s only takeaway.

“That’s pretty much all I’ve been watching on TV, those rewind games,” said the 28-year-old. “It’s hilarious when you see Bobby Orr skating and some guy’s got his stick wrapped around his waist the whole trip from blue-line to blue-line.

“Sometimes I think, ‘That wouldn’t be too bad if I could just latch my stick on someone and slow him down.”‘

WATCH | Flames’ Tkachuk has plenty to keep him busy during quarantine:

It’s been over a month since the NHL put the season on pause, but Matthew Tkachuk has plenty to keep him busy. 4:45

The NHL pivoted towards speed and skill thanks to a series of rule changes coming out of the 2004-05 lockout following the so-called “dead-puck era” when suffocating defensive structure, referees’ general unwillingness to call certain penalties and outrageously large goalie equipment brought proceedings to the point where a 1-0 lead often meant the game was effectively over.

Before that, there were the rough-and-tumble 1970s and the wide-open 1980s. Gear was drastically different, especially for netminders, who took up a fraction of the net compared to today, while officials consistently put their whistles away.

Glimpse of the past

In this era of social distancing, self-isolation and binge-watching amid the novel coronavirus outbreak, NHLers are getting more than a glimpse of that past.

What the hell was a penalty back then? It’s unbelievable watching some of these games and the manslaughter that took place every shift.— Flames GM Brad Treliving on watching throwback NHL broadcasts

“It’s hilarious how much the game’s changed equipment-wise, penalty-wise,” said 22-year-old Toronto Maple Leafs winger Mitch Marner. “It’s kind of funny seeing the hooks and holds, and how you’re allowed to do it and allowed to get away with it.

Calgary Flames general manager Brad Treliving, who played junior in the late 1980s before five seasons in the minors, gets a kick out of watching the throwback broadcasts.

“What the hell was a penalty back then?” he said. “It’s unbelievable watching some of these games and just the manslaughter that took place every shift.”

Toronto Maple Leafs centre Auston Matthews, who like Marner was born in 1997, said a few things jumped out to him.

“The whole game’s come so far,” he said. “I’m a big equipment guy, so the guys with the wooden sticks and the goaltending gear and everything — even the way they goaltended back then compared to now — it’s pretty cool.”

Winnipeg Jets head coach Paul Maurice, meanwhile, said he looks back fondly at the hockey broadcasts of the 1980s.

“You’re a teenager and you’re starting to become aware,” he said. “That’s where you start to see some of that real athleticism start changing the game. These guys got faster and stronger.

“And that skill level really changed.”

Sens’ Borowiecki: ‘The 90s is very nostalgic for me’

Ottawa Senators defenceman Thomas Chabot wasn’t around when the Quebec Nordiques — his father’s favourite team — played their last game in spring of 1996, but he recently caught some of the franchise’s heated rivalry with Montreal.

“It was just funny how different the hockey was back then and how the goalies played, how much the defencemen could hook the forwards and stop them from going wide or going to the net,” said Chabot, 23. “My dad was a huge Nordiques fan, so it was fun to watch a bit of the game with him.”

Mark Borowiecki and his wife welcomed their first child back in February, which means the bruising Senators’ blue-liner hasn’t been watching much TV. But he enjoys highlights from the duke-it-out battles of decades past.

“The 90s is very nostalgic for me,” said the 30-year-old. “I grew up idolizing and worshiping that style of play. It really is an interesting contrast to today. It makes you wonder as an athlete and as a fan, ‘Is the game going to move in a cycle?’

“Are we going to go back to hockey, not fully like that, but something a little more similar where you’re able to slow guys down [and] protect your teammates?”

Vancouver Canucks defenceman Tyler Myers said the lack of penalties and bone-rattling physical play in bygone eras stood out to him.

“Watching the game back then, it’s just a lot harder,” he said. “With it being the same game, there’s just so many differences.”

But the 30-year-old said the changes helped foster the unparalleled skill of today’s player.

“You always hear about how you want guys to be able to good skaters, because that’s what you have to use to try and defend — your feet,” Myers said. “As soon as you start clutching and grabbing you’re in the box for two minutes.”