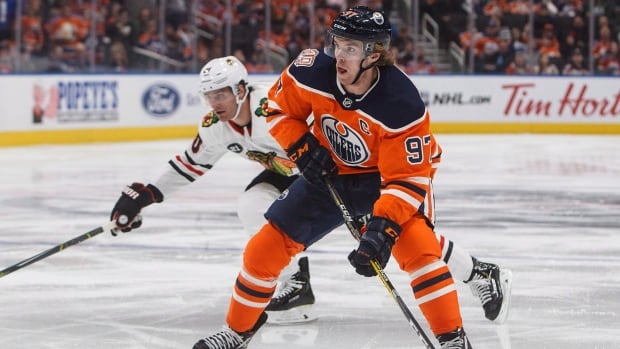 The first month of the 2018-19 NHL season has already provided us with plenty to talk about and analyze — including some surprises thanks to a few of the Canadian clubs, and the unmatched skills of Connor McDavid.

It’s still early enough that nothing is written in stone, but it’s also a big enough sample size that we can start breaking down what we have seen so far.

Ron MacLean, the host of Hockey Night In Canada, joins us to help go over these five early noteworthy topics:

In this week’s edition, the Hockey Night host talks about the 5 biggest stories after the first month on the NHL season. 0:49

Sophia Jurksztowicz also joins us with her weekly ‘Ice Level’ segment. This week, she chats with Calgary Flames general manager Brad Treliving to discuss his team’s impressive start to the season.