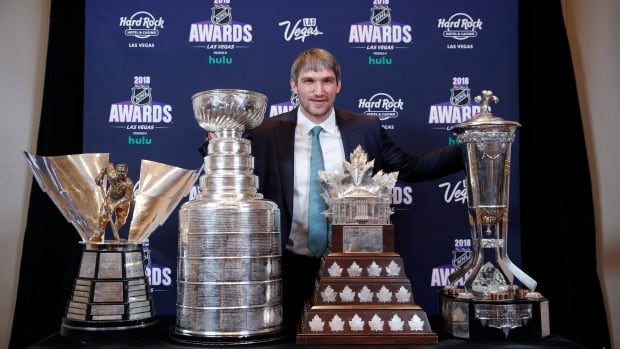 It’s not quite the American Electoral system, but the NHL awards still mystify fans who try to figure out how the ballots, candidates, votes and all the rest of the process, actually work.

On this week’s Hockey Night in Canada podcast, host Rob Pizzo and Sophia Jurksztowicz deserve a public service award themselves for shining light on the opaque business of picking the five most deserving players (and coach) of the regular hockey season.

The balloting is in process right now, actually, as the season nears its end.

Why now? Well, the organizers want to get those votes registered before the playoff fireworks have a chance to colour voters’ memories about regular season heroics.

WATCH | Ed Olczyk on who should win coach of the year:

This week’s episode focuses on the NHL Awards: how they’re selected, and who should take home the hardware. 1:02

Maybe the most interesting thing we learn this week is who gets to vote.

Jurksztowicz talks with Mark Spector, president of the Professional Hockey Writers Association, who takes care to explain that every effort is made to spread out the ballots as fairly as possible.

Northern towns like Boston, Toronto and New York have a great number of long-serving pro hockey journalists who would love to get in on the voting. But that would likely skew the attention and awards unfairly away from deserving, smaller hockey markets in the South and West.

It’s not an obvious system, but it is fair.

Pizzo gets very efficient this week, talking to one man for three perspectives on the awards experience. Former NHL great Ed Olczyk talks as player, coach and commentator about behind the scenes considerations at awards decision time.

Olcyzk also discloses his own votes for the top-five honours this year.

See? The process is getting more open and understandable by the minute.

Be sure to subscribe to the Hockey Night in Canada podcast to get your fresh weekly episode. It’s available on iTunes, Google Podcasts, Stitcher, Tune In or wherever you get your podcasts.

Terrible Ted Lindsay was one of the most talented, yet feared, players on the ice. He won the Art Ross trophy and four Stanley Cups with Detroit. But maybe his greatest achievement was off the ice, as the driving force behind the creation of the National Hockey League Players’ Association.