If you follow hockey, you’ve been hearing about John Tavares for a long time.

Like when Hockey Canada granted him exceptional player status, allowing him to be drafted into the Ontario Hockey League younger than most. 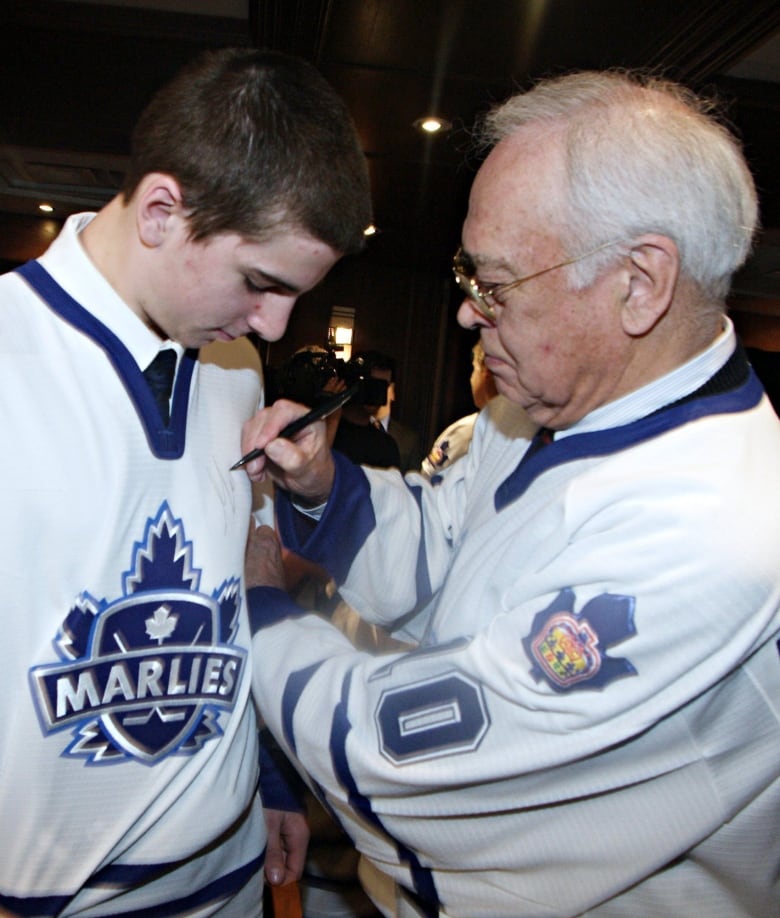 Future Maple Leaf John Tavares is seen getting his jersey signed by George Armstrong, back in March 2005. (Frank Gunn/Canadian Press)

Just 14 years old when drafted by the Oshawa Generals in 2005, Tavares turned 15 shortly after the season got underway that fall.

He quickly made an impression, scoring 45 goals that season and being named the league’s rookie of the year.

‘Takes a bit of pressure off’

As a 16-year-old Tavares would score more goals than Wayne Gretzky did at the same age. (But it’s a close comparison — Gretzky scored 70 goals at that age and Tavares netted 72.)

“It was nice to finally get it,” Tavares said, after breaking the Great One’s record.

“It takes a bit of pressure off myself. I’ve been holding my stick a little tight the last couple games. Now I’m going to enjoy this with my teammates and my family.”

A couple of months after his 17th birthday, the New York Times put him on the front of its sports section in November 2007. The story centred on whether he would be the next Gretzky-like player to reach the NHL.

John Tavares was a rising star when he was a teenager — and he’d been getting noticed by lots of hockey-watchers including the New York Times. 0:41

During his OHL career, Tavares would score more than 200 goals. And he would also play for the London Knights, after he was traded to that team in 2009. 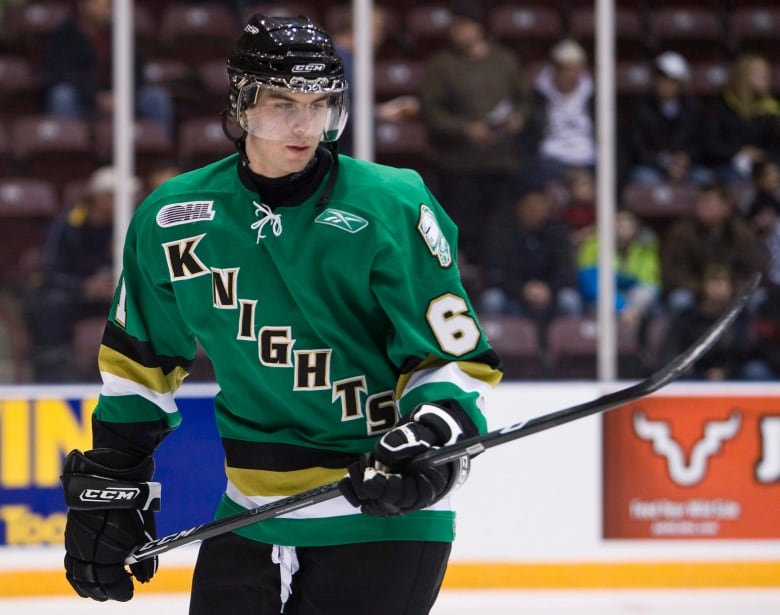 John Tavares played with the OHL’s London Knights after being traded to that team in January 2009, from the team that drafted him — the Oshawa Generals. (Nathan Denette/Canadian Press) 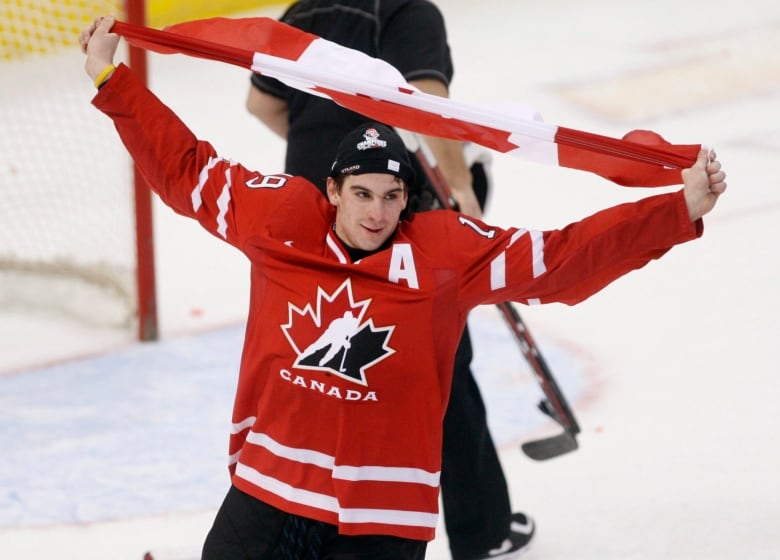 John Tavares played on Team Canada when it won championships at the World Juniors in 2008 and 2009. (Adrian Wyld/Canadian Press)

When the time came for him to be drafted in the NHL, many teams wanted to have him on their roster — including the Maple Leafs, the team he had dreamed of playing for when he was young.

The Maple Leafs hoped to get a high-enough draft pick to get John Tavares in 2009. 0:10

But the Leafs didn’t get to draft Tavares. Instead, it was the New York Islanders who snagged him with the first overall pick.

And as expected, he made a big impact at hockey’s top level: Tavares would score 272 goals over the next nine seasons, the fifth-most in the league during his career to date. 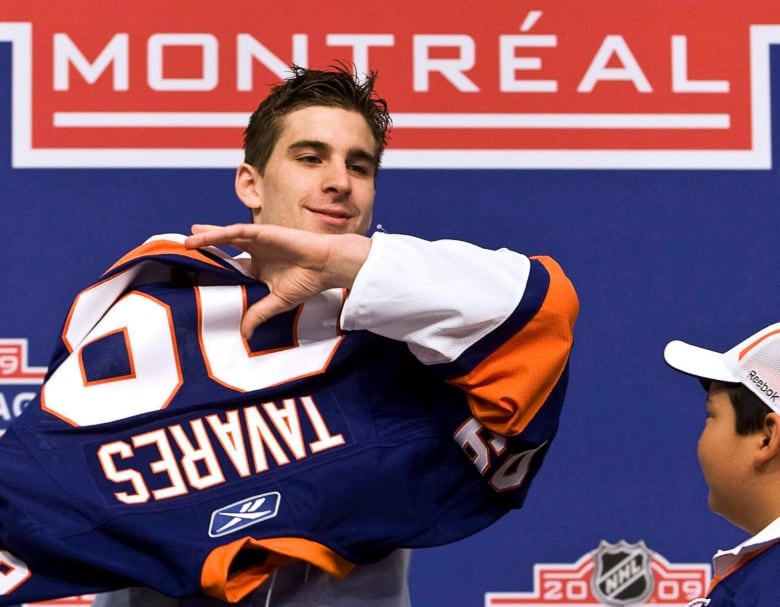 It was the New York Islanders who would draft John Tavares in 2009. He went No. 1 overall. (Ryan Remiorz/Canadian Press)

When Tavares finally hit free agency, the Leafs finally got their man.

Fresh off signing a seven-year deal with the Toronto Maple Leafs, John Tavares spoke to the media about his decision to come home and realize a boyhood dream. 1:29
Rob Pizzo breaks down how the Leafs were able to get the biggest free agent on the market, at a cheaper price than everyone else. 2:01

As Tavares made clear on his Twitter account this past weekend, it was something he had been hoping would happen for a long time, too.

Not everyday you can live a childhood dream <a href=”https://t.co/YUTKdfMALl”>pic.twitter.com/YUTKdfMALl</a>