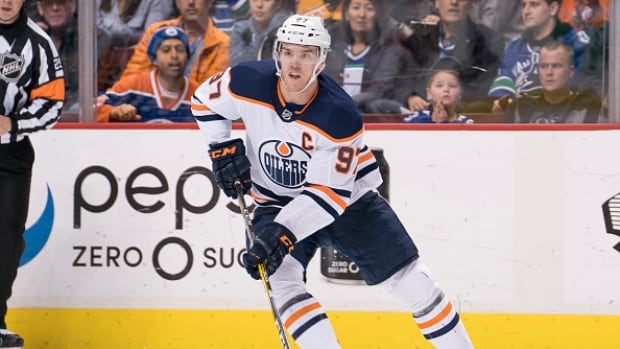 Hockey is back and hope springs eternal.

Maybe Connor McDavid can carry the Oilers back to relevance. Perhaps Calgary’s Carolina influx propels the Flames back to the playoffs. Dare I say the Leafs could contend for the Stanley Cup? And, oh yeah, this is definitely the year you’re winning your fantasy hockey league.

Give it the Messier guarantee.

You know all the top sleepers — Tyson Jost is on the Avalanche’s top power-play unit. You know all the breakout stars — Brayden Point averaged close to a point per game in the playoffs for the Lightning. You know which goalie to snag late — Anti Raanta had a .930 save percentage in just 47 games with the Coyotes last season.

Slight issue: the other nine owners in your league read all the same articles. Point was drafted earlier than expected and now you’re praying Jost falls to you. Or should you jump at Raanta to secure your goaltending?

Well, I’m here to tell you: keep it simple.

Forget about the sleepers you read about. Just take the best player available every time you’re on the clock.

Don’t overthink it. Cam Atkinson plays on the first line in Columbus, but don’t jump at that. For one, his star winger Artemi Panarin has basically requested a trade. For another, Nazem Kadri is available. Yeah, he’s a third liner, but have you seen the Leafs’ top power-play unit? It’s hockey’s version of the Golden State Warriors devastating Death Lineup. And Kadri’s a huge part of it.

So take Kadri — the better player.

The great thing about the top point producers is that they’re also all typically among the leaders in shots, plus/minus and power-play points. Maybe they don’t kill penalties, but that short-handed points category is going to be decided randomly every week anyway, so don’t sweat it.

That being said, if you’re stuck between, say, the Islanders’ Mat Barzal and the Bruins’ David Pastrnak, take the latter. Last season, Barzal notched five more points than Pastrnak. However, it’ll take a massive effort for Barzal to finish with a positive plus/minus on a bad Islanders team. For Pastrnak, playing alongside Patrice Bergeron and Brad Marchand, it should be a breeze.

Fleury, meanwhile, may lose on save percentage but he’ll make up for it in the other two categories for the Western Conference champions.

A lock and a dark horse

Speaking of goalies, it’s always tricky to determine when to draft your first goalie, when to snag your second and whether to bother with a backup.

Most leagues require three goalie starts per week. Usually, that can come from one goalie, which is why prioritizing a top ‘tender is never a bad idea. Lock it down with a stalwart like Andrei Vasilevskiy or Pekka Rinne, then take a chance on the starter from a team you think might surprise people.

Raanta is a good choice for the second spot. Buffalo’s Carter Hutton could also surprise — just by virtue of the Sabres’ division, which features perhaps the three best teams in the East but also likely three of the worst. All those games against Montreal, Ottawa and Detroit should help Hutton bank some wins and shutouts. Moreover, if you’re already receiving three starts, you can bench him against the higher-scoring teams.

Hockey is random. You already knew that, but it bears mentioning in terms of stats projections. You can make educated guesses on rising rookies or surging sophomores, but they’re still guesses.

That’s why taking good players, as simple and obvious as it sounds, is the surest way to ensure you’re in the race. Plus, there will be plenty of surprises waiting to be picked on waivers and plenty of disappointments you’ll be eager to drop from your draft-day roster.

Congratulations in advance on your 2018-2019 fantasy hockey title.