Troy Brouwer, Dryden Hunt and Evgenii Dadonov also scored for the Panthers (34-32-12) as Roberto Luongo made 28 saves at the Canadian Tire Centre.

With the win in a game between two teams eliminated from playoff contention, the Panthers snapped a three-game losing streak.

Colin White and Brady Tkachuk scored for the Senators (27-44-6), who saw their three-game winning streak on home ice come to an end. Anders Nilsson made 29 saves.

Trailing 3-1 to start the third, the Senators made it a one-goal game on Tkachuk’s 20th of the season.

Tkachuk, the fourth overall pick in last year’s draft, tied Alexandre Daigle for most goals as a teenager in a single season in a Senators uniform. With 12 shots on goal on Thursday, the 19-year-old also tied Jason York’s single-game franchise record set in 1999.

Tied 1-1 to start the second, the Panthers had a solid period and went in front 3-1.

Like in the first period, the Panthers scored an early goal in the second as Brouwer grabbed a rebound out front and backhanded a shot past Nilsson just two minutes in. 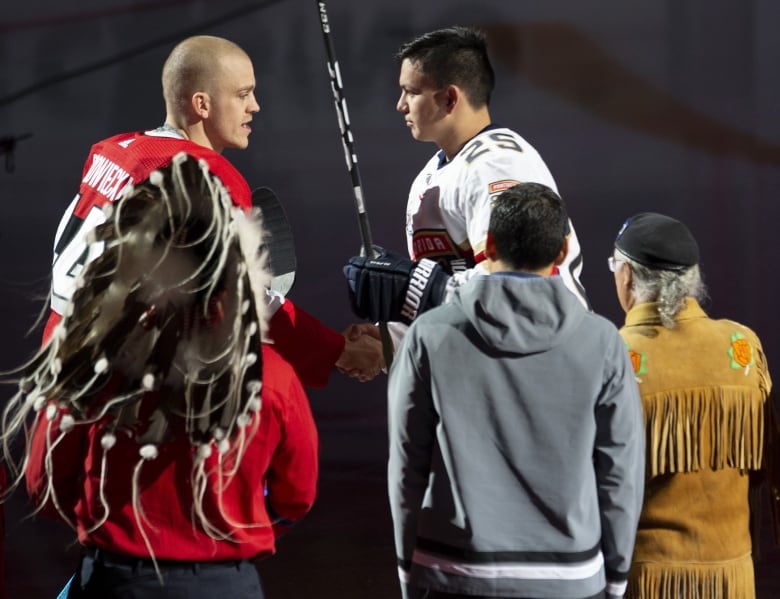 Less than four minutes later, Florida made it 3-1 as Huberdeau took a great pass from captain Aleksander Barkov to beat Nilsson from in close for his 26th of the season.

The Senators tied the game at the 12-minute mark as White took the puck in his own end and cut through Florida’s defence to beat Luongo glove side.

While he didn’t pick up a point, Florida’s Brady Keeper made a significant impact in his NHL debut. The 22-year-old undrafted defenceman from the University of Maine signed with the Panthers Monday, making him the first person from the Pimicikamak Cree Nation to make it to the NHL.

Prior to the start of the game, the Senators welcomed members of First Nations, Inuit and Metis communities and held a ceremonial puck drop. Keeper was invited to take the faceoff in place of Barkov to commemorate the event.