The Humboldt Broncos had an emotional return to home ice on Wednesday for their first regular season game since the deadly bus crash in the spring.

The opening ceremonies invited crash survivors onto the ice for a ceremonial puck drop and the crowd at the sold-out Elgar Petersen Arena went wild when the Broncos scored their first goal of the season.

The Nipawin Hawks won 2-1, but the game was close and the teams were evenly matched.

After the game, a tribute banner ceremony is being hosted in memory of the victims of the crash.

Message from the prime minister

Speaking at a Liberal caucus meeting in Saskatoon earlier in the day, Prime Minister Justin Trudeau said all of Canada would be cheering for the Broncos and spoke to the unimaginable shock, grief and trauma in April when the team’s bus and a semi collided at a rural intersection.

The Saskatchewan Junior Hockey League team were on their way to Nipawin, Sask., for a playoff game when the accident happened.

The team spent the summer rebuilding and recruiting new players.

Trudeau said he’s glad to see the Broncos back on the ice and he wished them the very best. 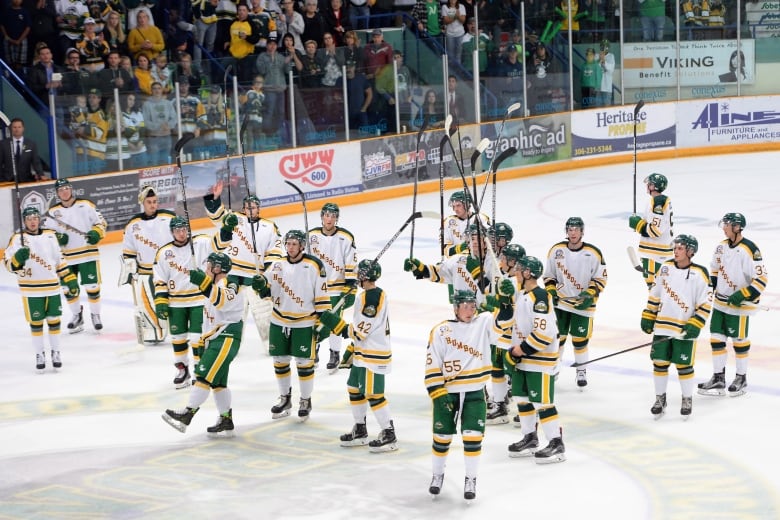 New Broncos president Jamie Brockman spoke to the media Wednesday morning. He said he expected the game to present a wide array of emotions, including both joy and sadness. 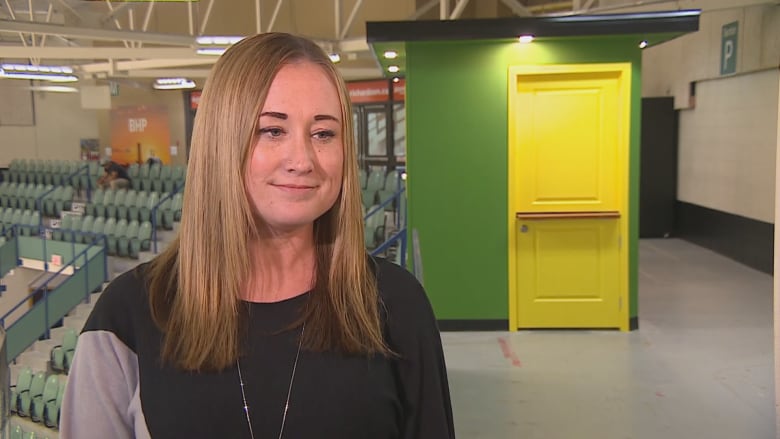 “It can be a little bit of a lonely world in junior hockey. Most of these players are living away from home, they’re living with host families,” Popovic said. “It’s nice to have someone you can trust and open up to and who’s been there before. 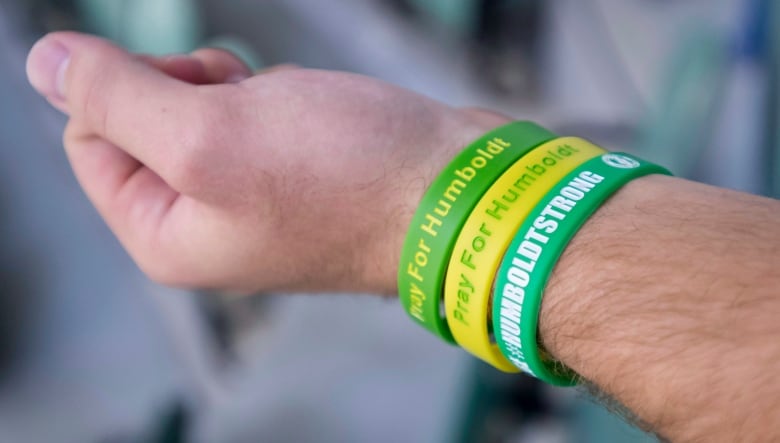 Pray for Humboldt wristbands are seen on Broncos returning player Brayden Camrud after a team practice Tuesday. The Broncos will host the Nipawin Hawks during the season home opener. (Jonathan Hayward/Canadian Press) 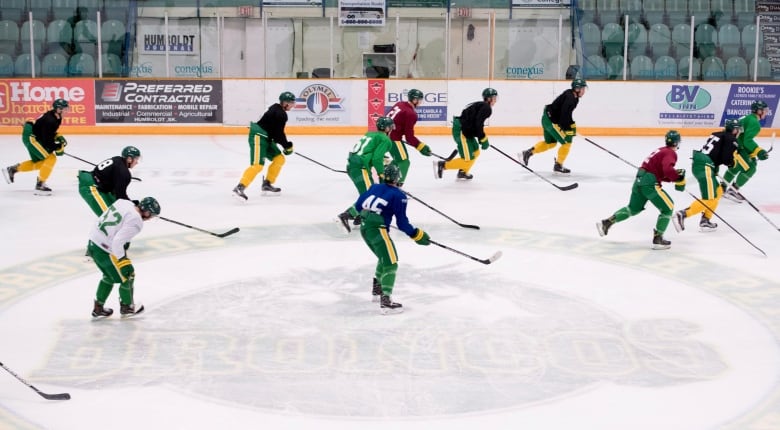