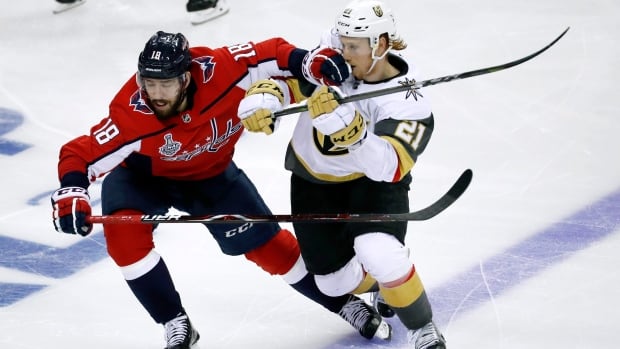 Ever since victory was in striking distance for the Washington Capitals, Chandler Stephenson has had one wish: to bring the Stanley Cup to Humboldt.

Now, after a 4-3 win over the Vegas Golden Knights, it appears Stephenson will get his chance.

“I knew a couple of guys on the bus,” he told reporters after Thursday’s game. “It’s one of those things I want to do for those guys and the people of Humboldt.”

Sixteen people were killed in April when the bus carrying members of the Humboldt Broncos hockey team crashed. Ever since, the community has been the focus of a barrage of well-wishers, trying to help the community heal.

“I couldn’t be more proud of him to be doing that,” she told CBC Radio’s Saskatoon Morning. “Humboldt deserves this. They need this.”

Humboldt mayor Rob Muensch said Humboldt will be forever grateful for all the kind gestures given by the wider community.

“I think this really shows the connection of the hockey community in our province,” he said. “Our community really appreciates the kind gesture that Chandler has shown by bringing the cup to our city.”

Traditionally, each player of a team that wins the Stanley Cup is allowed to take the trophy back to their community for one day.

The date for the Stanley Cup’s visit has not been set.