The Toronto Maple Leafs’ goaltending depth took a hit Tuesday after they lost Curtis McElhinney and Calvin Pickard to the waiver wire.

McElhinney was claimed by the Carolina Hurricanes and Pickard by the Philadelphia Flyers a day after they were placed on waivers by the Maple Leafs, who are going with Garret Sparks as the backup to No. 1 Frederik Andersen.

Toronto claimed McElhinney off waivers from Columbus in the 2016-17 season. He had a 6-7-0 record over 14 games with Toronto that season, with a 2.85 goals-against average, .914 save percentage and a shutout. 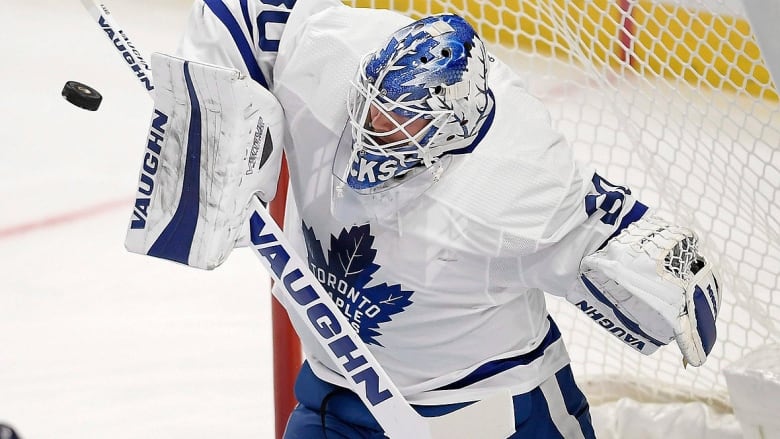 The Maple Leafs on Tuesday lost goalie Calvin Pickard on waivers to Philadelphia. The 26-year-old was 21-9-1 with the AHL’s Toronto Marlies last season, posting a 2.31 GAA and .918 save percentage. (Adrian Kraus/Associated Press/File)

Tuesday’s moves leave Finnish goalie Kasimir Kaskisuo as the most experienced netminder on the Marlies.