Ryan Straschnitzki spent an hour at his second home Tuesday.

The 19-year-old Albertan, who was paralyzed from the chest down in a bus crash involving the Humboldt Broncos junior hockey team, spent an hour practising sledge hockey at the Winsport Centre in Calgary under the watchful eye of former national team member Chris Cederstrand.

“It feels like when you’re on the ice you have nothing to worry about so I just like being out here and having fun,” said Straschnitzki.

“It’s pretty exciting. I mean, you’re learning a new way to play the game and I’m enjoying it so it’s good. I’m still working on it and hopefully I’ll get better,” he added.

Sledge hockey is one of the more popular events at the Winter Paralympic Games. It became an official event in 1994 in Lillehammer, Norway.

Instead of skates, players use double-blade sledges that allow the puck to pass beneath. Players use two sticks, which have a spike-end for pushing and a blade-end for shooting.

“It’s the balancing for sure. The sled and the way you move is a lot different so that’s something I’ve got to work on,” he said. 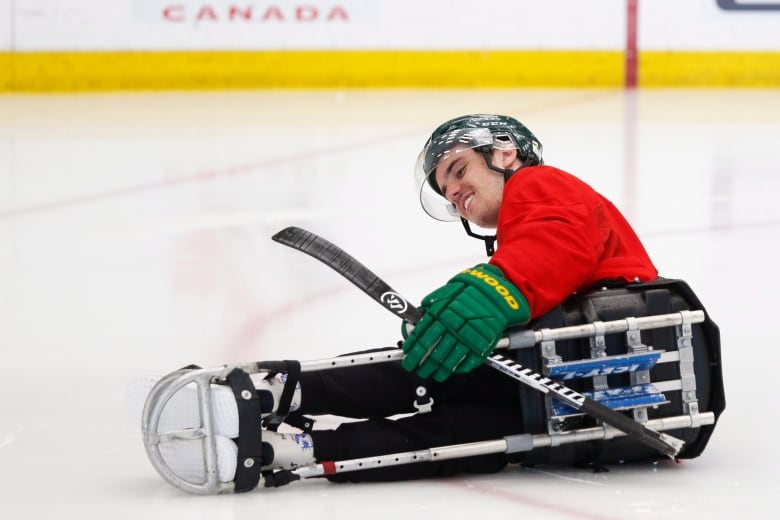 “I’ll just keep practising sledge to hopefully get good and long term make the Olympic team and win a gold medal, but for now I’m just out here having fun.”

Cederstrand, who retired from the national team 18 months ago, said Ryan is getting the hang of it pretty quickly.

“He came out and he picked it up amazingly quick and he’s a kid willing to put in the time and effort, so the sky’s the world for him in sledge hockey,” Cederstrand said.

“It obviously takes a lot of work and practice but Ryan’s got that drive and ambition to do that, so we’re hoping for the best for him.” 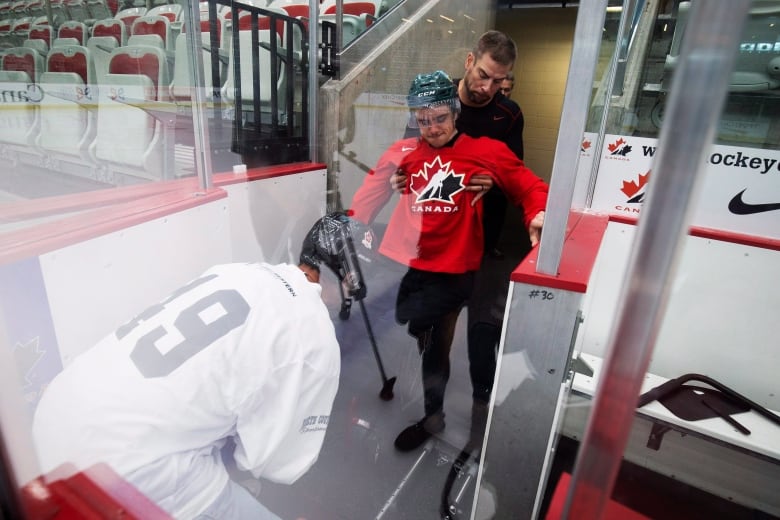 Sixteen people died April 6 when a bus carrying the Humboldt Broncos to a playoff game collided with a semi-trailer at a rural intersection. Thirteen others, including Straschnitzki, were injured.

“I think it’s absolutely amazing for him. I know what it’s like to be a young kid aspiring to play hockey for a career. As a young kid playing junior hockey, the ice is your second home,” he said.

Cederstrand was all over the ice, whipping his sled around and firing pucks into the net. It’s what Straschnitzki is aiming for.

“He’s insane. The turns, the shots. It’s something I want to do some day.”