Tasked with the majority of the heavy lifting in the crease the last two seasons, Toronto Maple Leafs goalie Frederik Andersen focused on doing the exact opposite this summer.

“I worked on longevity,” he said of his training regimen. “Less muscle building for me and making sure my core was really strong.

That pivot off the ice could come in handy for a team that expects to be playing well into the spring.

Andersen has started 66 games in consecutive seasons with Toronto since coming over in a trade with the Anaheim Ducks, and is prepared to shoulder the same load in 2018-19 if called upon.

“I have a lot of hockey ahead of me,” he said. “It’s more about maintaining.”

Andersen set a Leafs franchise record with 38 wins last season to go along with a career-high five shutouts, a .918 save percentage and a 2.81 goals-against average.

Andersen credits California-based personal trainer Scott Prohaska with his improved fitness the last few years after admittedly not spending as much time as he should on that aspect early in his career.

“(Prohaska) kind of reinvented me a little bit, taught me some very basic stuff,” he said. “He really got that going. Then every year you just try to build … whether it be nutrition, conditioning, agility.”

Set to enter his sixth NHL season, Andersen has won 71 games with the Leafs, helping the club get to the playoffs in back-to-back years. 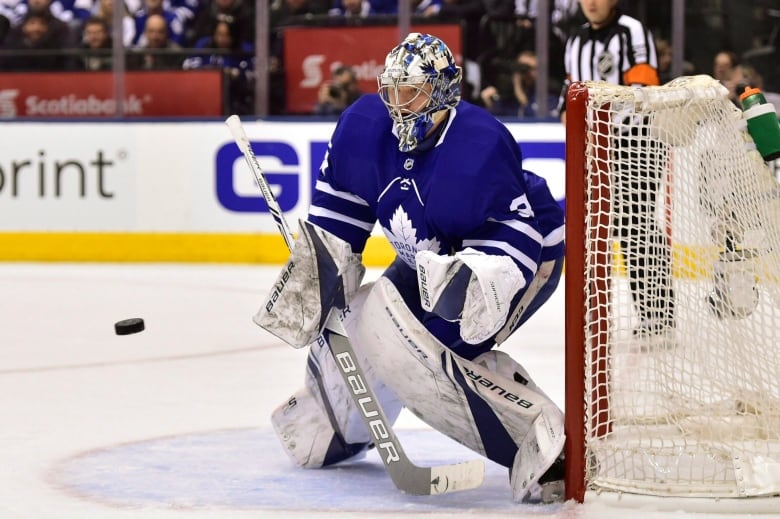 But following consecutive first-round exits, expectations are sky-high for the Dane and his teammates thanks in large part to the signing star centre John Tavares in free agency.

“He’s so competitive, it doesn’t matter if it’s practice or games,” Leafs centre Auston Matthews said of his goalie after a training camp session in Niagara Falls, Ont., over the weekend. “He’s athletic. We’re glad he’s back there for us.

Veteran winger Patrick Marleau added that the six-foot-four, 230-pound Andersen has the demeanour and physical tools to get to an even higher level.

“You can’t teach size, so he’s got the size,” Marleau said. “He never gives up on any pucks. He’s made I don’t know how many highlight-reel saves.

“Our part in front of him is making sure he doesn’t have to make those highlight-reel saves as much. He’s just so calm and cool back there. He gives everybody else confidence.”

One thing Andersen will be looking to improve is his October performance after allowing 36 goals in 10 appearances a year ago — good for a 6-4-0 record with an .890 save percentage and a 3.61 GAA. 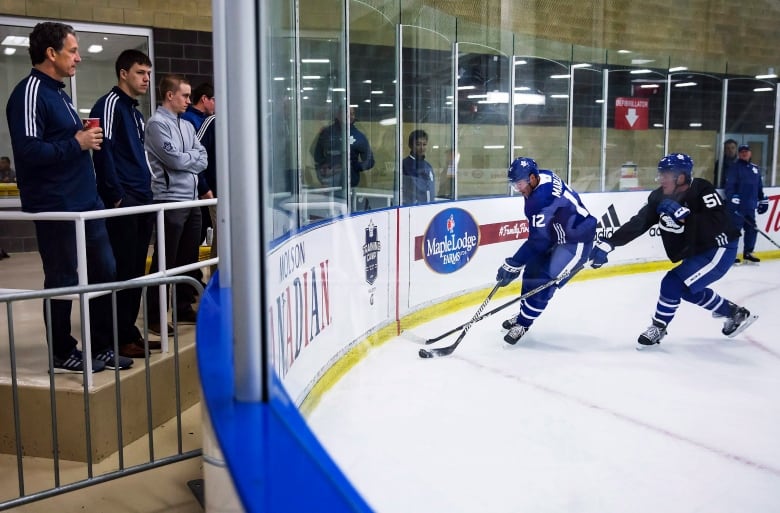 Head coach Mike Babcock has been impressed with how Andersen embraced the suggestions conveyed to him in last season’s exit meetings with regards to what he needed to work on this summer.

The Leafs have three goalies fighting for the backup role — reliable incumbent Curtis McElhinney, American Hockey League netminder of the year Garret Sparks and former Colorado Avalanche starter Calvin Pickard — but the coach doesn’t seem to have an issue running Andersen out 60-plus times again this season.

“It’s great to have that plan (of playing him less), but what if the schedule and the points don’t add up the way you want?” said Babcock, who could lose McElhinney, Sparks or Pickard on the waiver wire if and when any of the three are sent to the AHL. “Then what do you do? It’s great to say that, but we’ll see what happens.”

Andersen said he expects at minimum to set another franchise record for wins this season.

“If you look at the games I’m going to play, to say I don’t want to win at least 38 would be selling it pretty short,” he said. “You just want to go in there and try and win every night. It’s really all you can do.”

But he also understands that if he plays a little less during the regular season, it could pave the way for bigger battles in late May and early June.

“You want to prepare for a deep run, but we want to get in the playoffs first,” he said. “You never know what the season’s going to look like.

“If they want to pull me back a bit, that’s fine. But I want to be out there competing every night.”