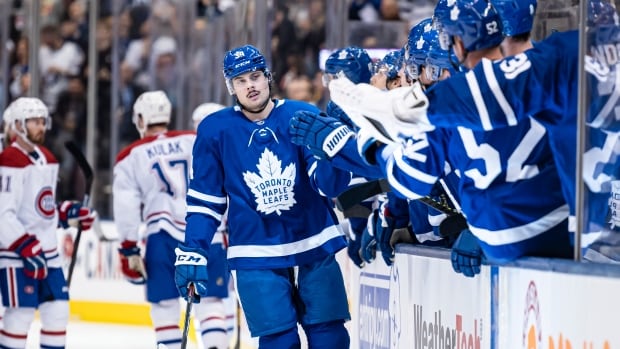 Matt Duchene remembers feeling like he was in way over his head.

Having just completed his third NHL season and not yet 22 years old, Duchene could see the ominous labour clouds as the league and its players’ association rolled towards a lockout that would eventually wipe out a large chunk of the 2012-13 campaign.

“I had no idea what was going on,” the Nashville Predators centre recalled. “This time around, I’m smarter that way.”

The NHL and the NHLPA both elected not to re-open the current collective bargaining agreement last month, meaning there will be labour peace until at least September 2022.

But unlike Duchene seven years ago, a number of young NHLers are taking a keen interest in this round of talks and an eventual deal with owners that will go a long way in shaping their careers.

While it’s natural for veterans to be invested in CBA talks because of age, experience and issues that matter to them later in their careers, the 22-year-old centre added it’s important the next generation takes ownership in negotiations.

“It’s our livelihood as well,” Matthews said at the recent NHL/NHLPA media tour. “It’s good for each and every one of us to learn and gain that knowledge and be informed.”

“I think back to [the last] lockout,” said the 31-year-old. “Even though I was a fly on the wall, just being there is really good. You start to understand the history of the relationship between the PA and the NHL.

“You know how the process works, and you know how players communicate and share their opinions.”

The NHLPA held a meeting in Chicago earlier this month. A number of younger players attended along with established voices in the game prior to the union announcement it wouldn’t be opting out of the current CBA early.

But while both sides have said talks remain positive, there are significant issues the players want addressed, including escrow — a percentage of paycheques held back to ensure a 50/50 split of revenue with owners — and Olympic participation.

Pittsburgh Penguins captain Sidney Crosby came into the league after the lockout that forced the cancellation of the 2004-05 season and lived through the 2012-13 work stoppage.

“As a young player, you have to realize it’s going to be something that affects you at some point,” said Crosby, 32. “It’s really important to be involved and understand that process.”

Duchene said that while a 21-year-old will have different priorities compared to an older teammate or opponent, union members are on the same page.

“Guys care about each other,” said Duchene, now 28. “The older guys, the ones that were on their way out of the league, fought for me and I know they cared about me.

“And now the older guys are caring about the younger guys.”

New York Islanders centre Mathew Barzal said being at the Chicago meeting was important, even though he mostly watched and listened.

“I was sitting beside Jonathan Toews,” said the 22-year-old. “I’m just trying to get a feel for how it works. There’s a good, strong core of young guys involved. Some of those guys have been vocal.”

“It’s our union and it’s our lives,” Detroit Red Wings centre Dylan Larkin, 23, added. “The more we’re all involved, the better it is.”

The Senators drew just 9,204 fans against the defending Stanley Cup champion St. Louis Blues — the lowest turnout since the Canadian Tire Centre opened as the Palladium in January 1996 — last Thursday. The reigning Presidents’ Trophy winners didn’t attract much more of a crowd, with 11,023 fans showing up for Saturday’s visit from the Tampa Bay Lightning. And Monday’s Thanksgiving matinee against the Minnesota Wild was only slightly better, with just 11,500 tickets sold. Ottawa drew 15,135 for its home opener against the New York Rangers, but is averaging 11,715 through four contests, which ranks 30th in the 31-team league. The Senators, who used to play at or near capacity every night, drew an average of 14,553 last season and 15,829 in 2017-18. The team is in a well-documented rebuild, but many point to the turbulent ownership of Eugene Melnyk as the reason a large segment of the fan base is staying away.

Devils down on their luck

A popular line this summer was: “New Jersey general manager Ray Shero won the off-season.” The Devils secured the first pick in the draft lottery for the second time in three years, took Jack Hughes at No. 1 and acquired former Norris Trophy winner P.K Subban via trade. October, however, has been a nightmare. New Jersey (0-4-2) is the only team without a victory, has been outscored 27-13, has yet to connect on the power play, and sits dead-last in penalty killing. Star winger Taylor Hall can become an unrestricted free agent next summer, while assistant GM Tom Fitzgerald was added to the coaching staff Wednesday — which is rarely a good sign. It’s a situation to keep an eye on in the coming weeks and months.