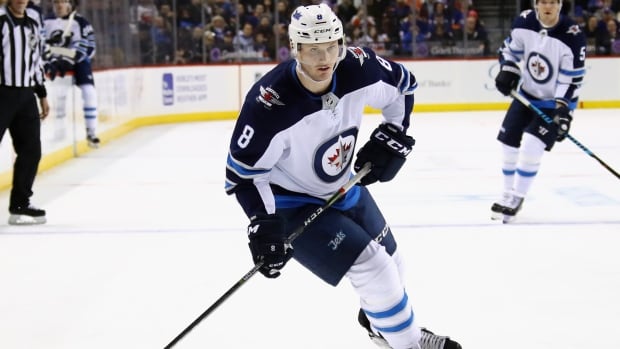 An arbitrator has awarded Jacob Trouba a salary of $5.5 million for the 2018-19 season.

The Winnipeg Jets confirmed the news in a tweet Sunday.

The Winnipeg Jets defenceman was one of several restricted free agents the Jets needed to make a big deal with between seasons.

According to NHL.com, he had an arbitration hearing in Toronto on Friday. The arbitrator had 48 hours to render a decision.

One of the reasons Trouba sat out was because he wanted to play on his natural right side. He got his wish when Tyler Myers was injured after his return, and has been in that spot since. He clocked an average of just under 22 minutes per game this season on the top pair with Josh Morrissey.

In May, he indicated he wanted a deal done sooner rather than later.

“I get the sense there’s a little unfinished business here, with this team,” Trouba said in May, after netting two goals and an assist as the Jets made franchise history in the playoffs. “We all have such good relationships on this team. It’s fun to be a part of. It’s a special team. You want to play for a contender, and that’s what we have here.”

Earlier this month, the Jets locked down playoff starConnor Hellebuyck to a six-year, $37-million contract.

Before the month is out, the Jets are also expected to get arbitration results for Brandon Tanev and Marko Dano.