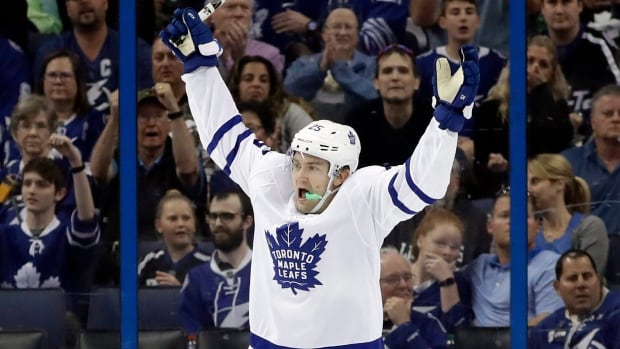 It appears that James van Riemsdyk is heading back to where his career began.

Word tonight James van Riemsdyk is going back to PHI

The 29-year-old will reportedly sign with the Philadelphia Flyers once free agency beings on Sunday. The rumoured deal is for five years and $35 million US.

Van Riemsdyk was drafted No.2 overall by the Flyers in 2007 and scored a career-high 36 goals and added 18 assists in 81 games played for the Toronto Maple Leafs last season.

In the post-season, van Riemsdyk had three goals and an assist but Toronto eventually fell in seven games to the Boston Bruins in the first round of the Stanley Cup playoffs.

Van Riemsdyk was originally acquired by the Leafs from the Flyers in 2012 in exchange for defenceman Luke Schenn.