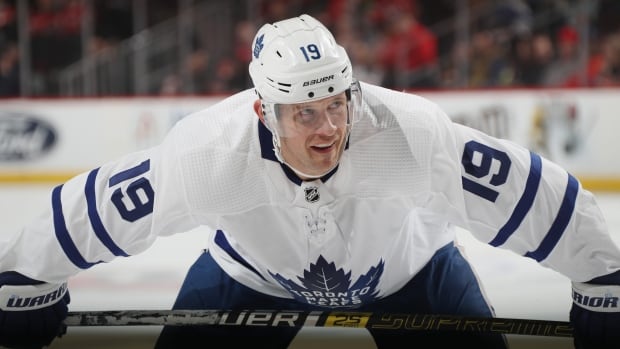 Jason Spezza believes the Maple Leafs’ turbulent first 70 games of 2019-20 will pay dividends down the road.

And the veteran Toronto centre wants to be part of whatever’s to come.

“We certainly didn’t cruise through the regular season,” Spezza said on a conference call Tuesday. “We had plenty of ups and downs and sideways and different things happen.

“I really think it’s to the benefit of our group. We have a much more mature locker room at this point in time than we did at the start of the season.”

That start saw the Leafs — who once again opened training camp with Stanley Cup aspirations — sputter out of the gate, and Spezza found himself consistently out of the lineup as a healthy scratch under head coach Mike Babcock.

But the 36-year-old former No. 2 pick refused let that disappointment get him down after signing for the league minimum with the team he cheered for as a kid.

“Hockey’s a game where there’s injuries, there’s changes, things happen and your role can shift in a day,” Spezza said. “It was just coming to the rink and figuring out what I had to work on that day. If it was a gameday that I was playing, then get ready for the game. And if it was the day that I wasn’t, then figure out what I can do to stay sharp or to improve how I felt on the ice.

“I didn’t really want to feel sorry for myself or think about that. I was trying to stay in the fight and give myself an opportunity to play well when I did get in.”

WATCH | Lots left to be determined in sports world in wake of coronavirus:

When leagues all had to shut down because of the coronavirus pandemic, they left a lot of question marks.  2:13

Spezza truly got that chance after Babcock, who clearly didn’t have confidence in the former No. 1 centre’s defensive acumen in the bottom-6 forward group, was fired in November with the Leafs floundering.

In walked Sheldon Keefe with new ideas and new tactics, ones more suited to Spezza’s game.

“My role became a little more defined,” he said. “I was able to focus on just playing and being a positive influence every night, and less so about being in the lineup. That helped me understand what my role was and what was expected of me. I got more and more comfortable with the systems and just my place in the team and knowing that different nights I was going to move around the lineup.

“It was fun, it was a great challenge, just getting myself prepared every night and being a part of an exciting team.”

Spezza, who wants to continue playing and hopes to do so with the Leafs whenever hockey resumes, has nine goals and 16 assists in 58 games this season, just two points shy of his output in 76 contests with the Dallas Stars in 2018-19.

With time to reflect during the COVID-19 pandemic that forced a pause to the 2019-20 schedule — it’s anyone’s guess when or if this season can be salvaged — the Toronto native said he saw growth in the Leafs’ youth-infused, talent-rich core featuring Auston Matthews, Mitch Marner and William Nylander.

There were statement wins and embarrassing losses, but Spezza believes the team that was in a playoff spot when the NHL suspended operations will be better off as a result.

“There’s a lot more ownership of what’s going on in the room,” he said. “Our young stars were able to have conversations with each other [and] with other guys on the team that maybe they weren’t comfortable having early on in the season. As much as it sucks to go through this as a team and have to struggle and answer questions and build and get yourself out of losing streaks, I think in the long run it’s something that we needed.

“Now to have a chance to have a break and look back on things, it will only help us pinpoint what we can do differently and move forward.”

Chief Public Health Officer of Canada Dr. Theresa Tam says plans from sports commissioners would have to be examined before decisions can be made but confirms that crowded conditions and mass gatherings are not in the near future. 2:43

Spezza — who has 341 goals and 940 points in 1,123 regular-season games with the Ottawa Senators, Stars and Leafs — didn’t know either Marner or Matthews prior to signing with Toronto, but came away impressed on a number of levels.

He described Marner as an “Energizer Bunny” around the rink, while Matthews’ attention to detail and drive reminded him of himself as a young star trying to navigate the league.

“Those are exciting guys to have in the locker room,” Spezza said. “There’s really no limit to what we can be as a team when you have high-end guys like that.”

Set to turn 37 in June and a father of four daughters, Spezza had made nearly $90 million US in his career before this season after getting drafted by Ottawa in 2001.

He got close to winning the Stanley Cup with the Senators in 2007, and his passion for hockey still hasn’t flickered 13 years later.

“My love for the game has probably allowed me to play as long as I have,” he said. “Hockey’s not work to me. As you go through different stages in your career, there’s different challenges.

“I’m in it for as long as I can be so I can win a Stanley Cup. It’s something that I dreamt of as a kid. I would love nothing more than to do it here in Toronto… it would be pretty special.”