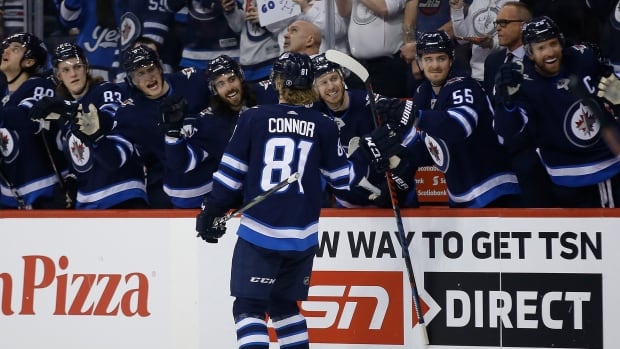 Kyle Connor had a hat trick and one assist and Connor Hellebuyck made 33 saves as the Winnipeg Jets clinched a playoff spot with a 5-0 victory over the Nashville Predators on Saturday.

Centre Kevin Hayes had a goal and three assists and Andrew Copp also scored for the Jets (45-26-4). The win marked Hellebuyck’s second shutout of the season and 14th of his career.

Pekka Rinne stopped 38 shots for the Predators (42-28-6), who are in second place in the Central Division, four points back of the Jets.

Winnipeg made some lineup changes for the game, slotting Nikolaj Ehlers on the left wing with centre Mark Scheifele and Blake Wheeler, and bumping Patrik Laine down to the right side of the second line with Hayes and Connor.

The Jets were starting a four-game homestand and are 5-1-0 in their past six games. They won the season series with the Predators 3-1.

Nashville was beginning a three-game road trip and is 3-2-1 in its past six games.